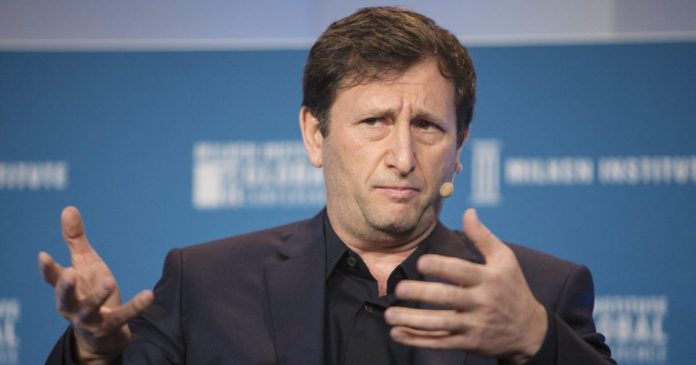 Alex Mashinsky, the Chief Executive Officer of the bankrupt crypto lending platform Celsius Network has submitted his resignation letter to the Special Committee of the Board of Directors of the company. Amidst the extreme market conditions, Alex on Tuesday said he is dropping his position as the firm’s CEO effective immediately.

Although he will still maintain the director’s position at Celsius Network Ltd., Alex will relinquish his position as the director of all of Celsius’s direct and indirect subsidiaries

Mashinsky apologized to the community for the difficult financial circumstances they are facing and also express his regret for the distractions that his role has brought the company. Despite his tireless effort to help the company and its advisors to achieve a positive plan to return coins to creditors, he still could not achieve it.

Hence, he promises to continue helping the firm to promote its plan so as to make them whole again. In his letter, he said, “I elected to resign my post as CEO of Celsius Network today.

Nevertheless, I will continue to maintain my focus on working to help the community unite behind a plan that will provide the best outcome for all creditors – which is what I have been doing since the Company filed for bankruptcy,”

With his willingness and availability to continue to work with the company, he also believes more will be gotten if the Celsians remain united and jointly help the UCC to achieve a positive recovery plan.

Recall that Alex was accused of making trade calls leading to the firm’s bankruptcy. He made the calls during this period based on intuition ignoring input from experts.

The lender subsequently filed for bankruptcy after many of its creditors could not fulfill their loan obligation.  The lender plans to compensate its clients as part of its revival plan according to details of a leaked recording from the leadership.

Chris will also be the acting CEO effective immediately. It was noted by David Barse and Alan Carr, Special Committee members of the Board of Directors of Celsius that Chris has been a valued executive in very challenging situations for the firm since its crisis started.