Atlas Shrugged perfectly captures the blood, sweat and tears of entrepreneurship. Although it suffers from being over-long, we give this classic of capitalism 8 stars for its philosophical viewpoint.

I finally finished reading the long (over 1,000-page) book Atlas Shrugged from the often-misunderstood author Ayn Rand. Atlas Shrugged Review from my point of view you can read bellow.

Since I’m an entrepreneur, I’ve always been for the plight of the small business owner. Atlas Shrugged speaks to the small entrepreneur like no other book I’ve read.

In this review, I will discuss it more from a literary perspective, rather than focusing on Objectivism or Ayn Rand’s philosophies. I’ll leave that for another post.

Typically, I do not read fiction. I love watching movies, but fiction books usually aren’t my cup of tea. I associate reading with learning, and I would rather read a book about investing, personal finance or some other educational subject than a made-up story.

I wanted to read this book since it’s often referenced in the media. There’s been a movie version of the book, and many people have stated that it “fundamentally transformed” their lives.

About The Atlas Shrugged Author

Ayn Rand (1905-1980) was a Russian-American writer who developed a philosophical system she named “Objectivism.” Her first novel, We the Living, was published in 1936. With the publication of The Fountainhead in 1943, she achieved spectacular and enduring success. Through her novels and nonfiction writings, which express her unique philosophy, Rand maintains a lasting influence on popular thought.

Who Is John Galt?

I decided finally to read Atlas Shrugged after seeing that question go “viral” with the release of the movie. What the hell does it mean?

The book has had a recent resurgence because of the events of recent years. With government bailouts, Cash for Clunkers, TARP, TALF and other alphabet soup government programs, it’s no wonder. For those not familiar with the story, it could be taken directly from today’s headlines (although the book was written in 1957). It could be said that, with this novel, Ayn Rand was a modern-day prophet.

The book is a complex story with many different sub-plots and story lines. It’s too complex to discuss in this review in great depth. However, here’s a superficial summary.

The main character of the novel is Dagny Taggart, vice president in charge of operations for Taggart Transcontinental, a successful railroad company that’s been in existence for many years. The plot dives into an ever-growing government that wants to control greed and make everyone in society equal.

However, something odd keeps happening.

Leaders in their respective fields start disappearing or just quitting. Business and entertainment leaders leave with no fair warning. They are effectively “going on strike” against higher taxes and increased government regulations. As the government’s role expands, so does the number of missing productive people. Meanwhile, a growing number of “looters” or “moochers” takes away others’ free will.

Then there are crony capitalists such as James Taggart and Orren Boyle, who are working with the government for their own personal gain, and characters like Hank Rearden, who spent most of his life creating a new metal that’s stronger and lighter than anything currently seen. After successfully making it, he gets badgered and is considered greedy for his successes.

I find it interesting (maybe ironic) that the book references railroads and steel mills as the captains of industry. Steel mills were all but obliterated during the 80s in the U.S., I believe, because of unions. Railroads are now heavily subsidized by the government and have been for many years. Maybe this proves the book’s point because I don’t think Amtrak has ever been profitable.

Fox Business News’ John Stossel had a show devoted to the discussion of Atlas Shrugged that gave some additional insight into the book. The episode speaks better than I can in a 1000-plus word post. You can find the episode on YouTube, and I have included the first part below:

An Accurate Picture of Entrepreneurship

In many traditional movies and books, the hero is a strong male figure. I find it very interesting that, instead, Atlas Shrugged features a strong female protagonist. (In my opinion, this what made two of James Cameron’s movies — The Terminator and Aliens.

Did I say the book was long? Rand was in desperate need of an editor. This book could be shorted to at least half of its size and still get most of its points across. There is a rant by John Galt that is over 40 pages long and could have been condensed into 10 pages maximum.

Since the book is so big, it can be an effective weapon to smack a socialist across the side of the head. The plot is, in my opinion, somewhat predictable, and there are some various subplots that could have been removed without affecting the main story.

Don’t try to read Atlas Shrugged all at once, since it can get somewhat tedious. It took me over three months to complete the book, so pace yourself. Read 10-20 pages at a time.

The story is somewhat flawed in various parts. I don’t believe productive people would just get up and go on strike in some secret location. In reality, they would just move to another state or another country. In this day and age, it would be somewhat hard to completely disappear “off the grid” — however, in the age of the internet, you can work from anywhere in the world.

At times, the book can be very hard to read. Some of the same themes are repeated at various points in the book, but just through different characters. In real life, no one goes on multipage soliloquies (but no one talks like they are in a Shakespearean play, either).

The plot is somewhat predictable, but it does have some decent twists and turns. Yes, the book can be long and drawn-out and gets into obsessive details not needed to get the point across. It’s similar to how Tom Clancy goes into minutiae in books such as The Sum of All Fears. (Do we really need a 30-page chapter describing how a nuclear bomb goes off?) Ayn Rand goes into similar descriptive detail in her book.

In the end, the book seems to turn into a traditional action thriller. This disappointed me, and it felt somewhat hurried.

Perhaps Atlas Shrugged should be read not for its literary merit, but for its philosophical view. I’ve always known most of the points made in this book to be true, but Rand adds more confirmation.

If you are entrepreneur, most of what’s discussed in this book should not be a surprise.

However, if you come from a progressive or liberal viewpoint, it might be a big eye-opener. You also might have the misconception that the entire book is about self-destructive greed. It’s not. To summarize the book in a nutshell, Atlas Shrugged is about about free will and letting others act rationally selfish.

If you want to get the gist of the philosophy without having to read the entire book, I suggest reading the Atlas Shrugged Cliff Notes or Rand’s Virtue of Selfishness instead. Both are much more concise and more to the point of Ayn Rand’s themes.

Overall, Atlas Shrugged is OK from a literary standpoint, and I give it 6 out of 10 starts. From a philosophical view, I give it 9 stars, for a combined rating of 8 stars. The book might not be perfect, but its themes come close. 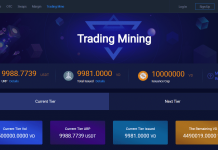 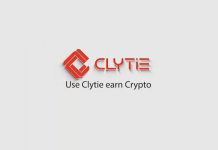 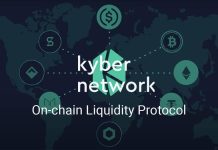