Home Cryptocurrency Price analysis and Prediction Bitcoin back above $39,000 as chances of another drop remain high

Bitcoin price analysis for April 28, 2022, comes on a slightly bearish note for the token as it rose by nearly 2.70% in the last 24 hours. After dropping as low as $37,800, as noted in our BTC analysis for April 27, 2022, the world’s biggest cryptocurrency once again aims for the $40,000 price region. Unless BTC reclaims $42,000 in the near future, we can clearly confirm that the token is in a downtrend. An uptrend can only be confirmed if BTC breaks $42K and consolidates above $47K in the near future.

Bitcoin price analysis for April 28 on the daily chart

Bitcoin price analysis for April 28, 2022, comes on a slightly bullish note for the token with high chances of losing $39K as support.

The MACD indicator shows that the MACD line and the signal line are once again moving closer to each other as the histogram also remains bearish.

The RSI indicator reads a value below 44 which means that the Bitcoin bulls are once again trying to push the bears out of the market.

The price action for Bitcoin failed a retest of the middle zone of the Bollinger Bands but has once again set said towards the same.

Bitcoin price analysis for April 28, 2022, ends on a bearish note for the token with low chances of breaking $40K in the near future. 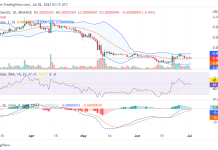 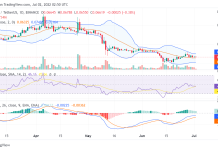 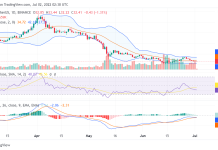 Solana fails to reclaim $35: A bearish future might be in store for investors 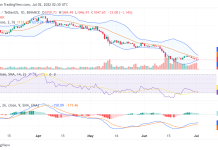 Ethereum fails to reclaim $1100: Set to break below a key support level? 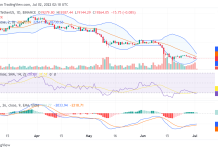 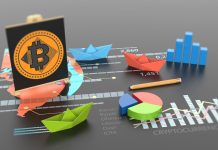 Solana reclaims $100 and is once again the 6th largest coin...