Every four years or so, the reward for mining Bitcoin is halved. The next “Bitcoin halvening” is due next year; here’s how it’ll impact on Bitcoin’s price.

The “Bitcoin halvening” is coming: in mid-May 2020, the supply of Bitcoins issued as mining rewards will be cut in half, again. Will the halvening cause a boom in the price of Bitcoin? Based on the last time it happened, it’s not completely out of the question. Here’s everything you need to know.

This hardcoded consensus rule on the Bitcoin blockchain will continue to cut the block reward subsidy in half every four years, until the year 2140—when the last of the 21 million Bitcoins will be mined into circulation. The upshot is that over time, fewer Bitcoins will be created each day, lowering the rate of overall inflation on the network.

Bitcoin’s token issuance is meant to mimic the supply and inflation curve of other scarce assets, like gold. But unlike gold, Bitcoin’s scarcity is governed by a globally distributed network of nodes (computers that keep and validate a copy of the blockchain) and miners
that commit resources to process transactions on the network.

As well as acting as a mechanism to issue new Bitcoins into open circulation, the mining block reward provides an economic incentive to miners who are committing hash rate — via specialized computing hardware and electricity. Every time a halving happens, the incentive given to miners to find new blocks gets slashed in half. Today, around 1,800 new Bitcoins are minted each day (worth around $11 million) but after the next halving this will drop down to just 900 BTC a day.

Over Bitcoin’s first two halving cycles we have seen some wild fluctuations in both Bitcoin’s price and the network’s respective mining hash rate. Can prior halvening events offer any clues to what may happen in 2020?

First Bitcoin halvening took place without a hitch at block number 210,001. Back in 2012, Bitcoin was still a nascent digital asset. At the time the only major Bitcoin exchange was the now-defunct Mt. Gox, making up around 70% of Bitcoin’s total trading volume—which, back then, amounted to just a few million dollars a day.

In the 12 months leading up to the first halving, Bitcoin had been trading mainly sideways between $5 and $15. On the day of the halving, 10.5 million—half of all Bitcoins—had been mined into open circulation. Bitcoin’s price was around $12—down over 60% from its mid-2011 all-time-high of $30—with a total market cap of around $200 million.

Back in 2012, the daily issuance of new coins totalled 7,200 BTC—worth around $86,000 at the time. Given the relatively low economic incentive to mine for new Bitcoins—and the challenges of dumping them for fiat on an exchange—it was no surprise that Bitcoin’s mining hash rate was just 22 terahashes (trillion hashes) per second at the time. That’s around five million times less than the current mining hash rate of around 100 Exa-hashes per second (EH/s).

Using today’s hardware, less than $1,000 worth of mining equipment would be enough to match the entire network at the time of the halving; back in 2012, most mining was done on graphics cards, instead of on the specialized ASIC hardware used today.

The real price action for Bitcoin ramped up in the months after the first block-reward reduction. With the protocol having passed its first major technical hurdle without a hitch, confidence in the cryptocurrency seemed justified—and with the financial crisis in Cyprus stoking fears of another 2008-style global banking collapse, Bitcoin rocketed past its old $30 all-time high to surge over 1,500% to hit $200 in March of 2013. By the end of 2013, Bitcoin would go on to pump another 500% to reach a four-figure valuation—before entering into a gruelling bear market that eventually took the digital asset down to a low of around $200 in early 2015.

Bitcoin’s first halvening was, then, principally about the protocol proving that mathematical principles could be used to create a truly scarce digital asset—and that halving the rewards for mining in one go wouldn’t destabilize the token’s economics. Having established that the math behind its scarcity was sound, Bitcoin went from strength to strength in subsequent months. With traditional currencies looking increasingly shaky in the face of economic uncertainty, demand for a digital, censorship-resistant safe haven served to fuel Bitcoin’s growth.

Bitcoin’s next halving event took place at block number 420,001. By 2016 the Bitcoin ecosystem had vastly matured compared to four years prior. Daily trading volume had jumped to around $75 million a day, with the price of Bitcoin hovering around $400 and a market cap of $6 billion. Around this time, high leverage Bitcoin derivatives trading was starting to catch on, following the May 2016 launch of BitMEX’s 100x leverage perpetual swap product.

Bitcoin had been trading mainly flat at around $400-$450 for the first few months of 2016, ahead of the second halving. In May, its price shot up by 65%, hitting a momentary high of $750 before settling at $650 at the time of the halving itself. However, just a few weeks after the halving, the price of Bitcoin dumped by 15%, back down to $550. As it turned out, the dump was a fake-out, with Bitcoin finding plenty of buying support at those levels and rallying by nearly 100% to close the year back at an all-time high of $1000.

Bitcoin’s mining network was also growing fast. By 2016, Bitcoin mining was becoming increasingly professional, requiring specialized ASIC hardware rather than rigs built around GPUs. Hash rate had gone up 68,000 times since the previous halving, with a competitive network of miners now fighting it out for a daily share of 3,600 BTC—worth around $2.3 million at the time. This was in stark contrast to the mainly hobbyist mining operation that was around in 2012. It meant that miners were increasingly concerned about maintaining the stability of Bitcoin’s price in order to guarantee a return on investment on the hardware and electricity costs they incurred.

With Bitcoin’s first halving having gone off without a hitch, traders could better prepare for the 2016 halving—creating the perfect conditions for a pre-halving pump and post halving dump. But looking at the bigger picture and the apparent bull in Bitcoin’s hash rate, it’s no surprise that Bitcoin again went on to eclipse its previous all-time-high prices in the months following its second mining reward reduction.

Following the 2017 bull run, Bitcoin has been on a wild ride over the course of 2018, both in terms of price and mining hash rate. After its mining hash rate hit a high of around 65 EH/s and price levelled off around $6,000, both price and hash rate crashed in December last year—to $3,000 and 35 EH/s, respectively. Since then, Bitcoin’s price and mining hash rate have bounced back, shooting up to $14,000 and 110 EH/s; partly driven by a maturing blockchain market that’s seen China embrace the technology and Facebook attempting to launch its own cryptocurrency project, Libra.

At the time of the 2020 halving, 18.375 million—or 87.5% of all Bitcoins—will have been mined into open circulation. That will leave just 12.5% left to be mined over the next 120 years. Crucially, the next halving will see Bitcoin’s annual inflation rate drop from its current level of around four per cent to two per cent. This will mean that for the first time, Bitcoin will have a lower annual inflation rate than many fiat currencies that have their issuance controlled by central banks across the world today. This may not have much of an immediate impact on price following the halving. But as the rate of inflation drops below other competing currencies, the argument that Bitcoin miners are in some way similar to central bank style money printers holds increasingly less weight.

Bitcoin has a historical precedent of appreciating in value going into and out of each of its halving cycles—allowing for some fluctuations here and there. If the bull market in mining hash rate continues in 2020, it won’t be out of the ordinary for history to repeat itself again with the 2020 “halvening.” See you on the other side… 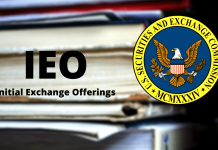 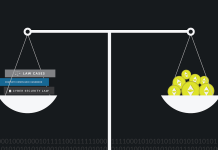 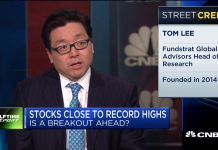 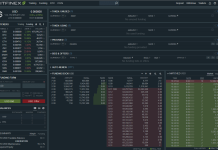 BTC Price bull market ahead: Will history dictate the future?