With $225 million invested via stock traded bitcoin products, BTC institutional interest has reached a five-month high. This is the eighth consecutive week of positive inflows, with $638 million having been invested during that period, according to CoinShares’ most recent study. 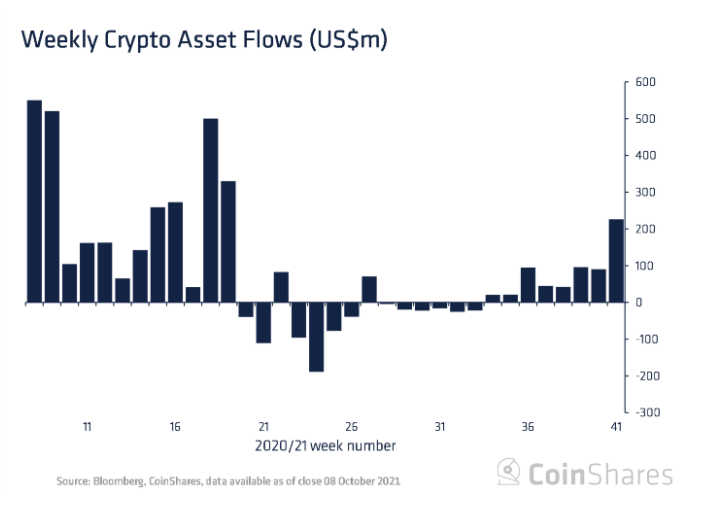 BTC institutional interest on the rise

ETC Group, the organization behind BTCE, received the most cash infusion with $165 million arriving in. BTCE is a product that lets investors buy and sell real stock shares in Germany and then convert them into bitcoin. Each unit of BTCE gives the owner a right to claim a specific quantity of Bitcoin. As such, their managed assets have increased to $1.4 billion, with $400 million added this year alone.

In comparison, Grayscale has seen no inflows because its shares were trading at a discount versus net asset value.

According to CoinShares, the sharp increase in inflow might be attributed to a possible bitcoin ETF approval from the US Securities and Exchange Commission.

Is Bitcoin taking over from the altseason? 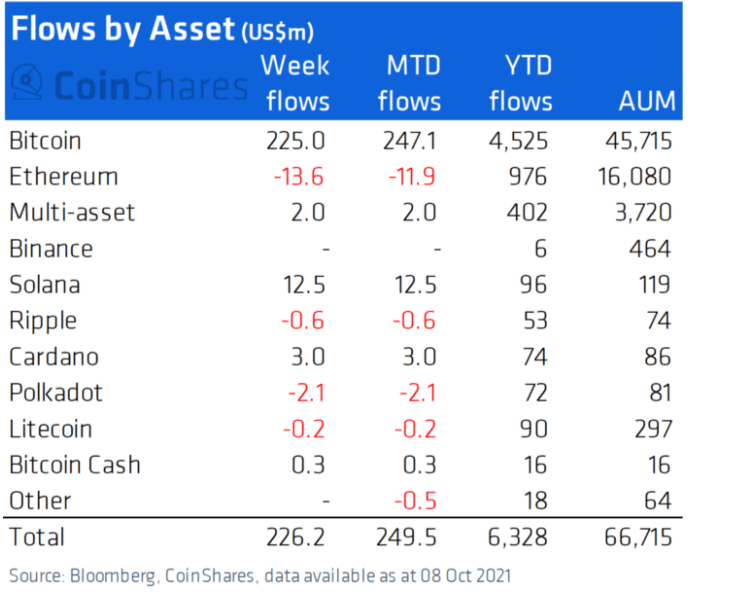 However, Bitcoin price has been steadily rising for a while now prior to any such proposal. The majority of the week’s capital inflow, $225 million out of a total of $226 million, has gone to bitcoin. Ethereum has seen outflows totaling roughly $14 million, with the rest being invested in other cryptocurrencies. As such, the bitcoin season may have taken the place of the altcoin season.

There is a lot of money in cryptocurrencies at the moment, with $66.7 billion invested in stock traded crypto alternatives as of now. While this is still less than 3% of the overall crypto market cap of $2.3 trillion, it’s worth noting that a bitcoin ETF based on paper futures may have a significant impact.

On the other hand, most significant altcoins are correcting lower. ETH failed to build on its gains and fell below $3,500. XRP has shed over 5% while falling below $1.10. ADA is also declining, trading at around $2.20 right now.

ProShares announced its ETF launch on NYSE on October 19

Renowned Investor Michael Burry Not Shorting Bitcoin, Warns ‘Cryptocurrencies Are in a Bubble’

Brazilian toddler makes over 6,500% profit on her Bitcoin holding