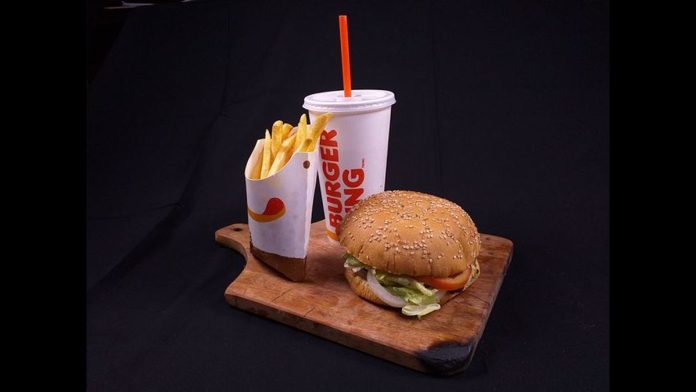 Things are about to get a lot more interesting the next time you order from Burger King. The fast-food giant will be adding QR codes to six million meal boxes which customers can scan to unlock all kinds of digital collectibles for one year. This is part of its Keep It Real Meal campaign.

The Non-Fungible Token(NFT) Scene has witnessed rapid growth in the last few months, making it the fastest-growing subsector of the blockchain and crypto industry. Just like Individual artists and community projects, Burger King is taking advantage of the growing interest in NFTs. The fast-food giant will be using the NFT marketplace, Sweet, to auction its ‘Keep It Real Meals’ NFTs.

According to the company, customers stand to gain several benefits and rewards from the campaign. By scanning the QR codes on the boxes, customers will get digital collectibles which are like game pieces. There are three kinds of collectibles, and anyone who gets the three can use them to unlock the NFTs, which have exciting use cases.

Beyond that, there are also additional rewards such as 3D Burger King collectibles, one year of free whopper sandwiches, and autographed items. Customers can also win a one-time call with one of the celebrities that are working on the campaign.

For customers to be a part of this campaign, they need to create an account on the Sweet NFT marketplace. This platform is quite popular among celebrities who use it to develop digital merchandise for their fans. In addition, it recently partnered with e-commerce giant Shopify. The partnership will give brands, store owners, and creators the chance to sell NFTs through Shopify and Sweet.

Burger King isn’t the first global brand to get involved in NFTs. Back in August, Budweiser purchased the beer.eth domain and changed its profile picture on Twitter to a Tom Sachs-designed rocket ship. Visa also bought a female CryptoPunk for $150,000 worth of ETH earlier this month. Thus, Burger King has precedents to follow.

Arcadians, the first NFT collection by OP Games, to be launched on Oct 19