The banking industry is littered with giants that have been in existence for 100 years or more in some form or another. Capital One 360 is an exception — this bank is less than 25 years old, but in just a couple of decades, it’s become a powerhouse. So Let’s continue With Capital One 360 Review.

In just a few short years, Capital One 360 has become a major player in the banking game. Most of its business is conducted online and through its cellphone app. Capital One 360 checking and savings accounts are free to open and maintain, and they require no minimum balance. However, although its rates are higher than what you’ll find at many local banks, someone might prefer to look elsewhere, since other online banks offer more competitive APYs.

A few years ago, the company was famous mainly for its amusing “What’s in Your Wallet?” credit card commercials. But now, thanks to some smart M&A activity, Capital One offers a full suite of banking products and has found its place among the 10 biggest banks in America.

I signed up for a Capital One 360 checking account a few years ago. I was looking for a no-frills, no-fee online account with a debit card I could use while travelling abroad. A neighbour recommended it to me, and as part of a refer-a-friend deal, we each got $50. It seemed like a good idea at the time. And I think a Capital One 360 account can still be a smart decision.

Review What Is Capital One 360?

Parent company Capital One was created in 1995 when Signet Financial Corp. (which has since been gobbled up by Wells Fargo) spun off its credit card division, OakStone Financial, as a fully independent company. The company was renamed Capital One, and from the start it’s been led by CEO Richard Fairbank (an apropos name).

At the start, Capital One was what’s known as a “monoline” bank — that is, a bank that derives all of its revenue from one product. In this case, it was credit cards. Then Capital One flirted with auto loans and mortgage products for a few years.

But the real breakthrough came in 2012, when the company purchased ING Group’s ING Direct U.S. banking operations and rebranded them as Capital One 360.

Capital One 360 is mainly an online bank, but clients can find branches in eight states (Connecticut, Delaware, Louisiana, Maryland, New Jersey, New York, Texas and Virginia), as well as in the District of Columbia. In select cities, the company is also testing a Capital One Café concept that is a hybrid limited branch bank location and full-service coffee bar. That’s a bit bizarre but demonstrates that Capital One is leading the way when it comes to rethinking stodgy banking.

How Capital One 360 Works

However, stodgy or not, it’s banking that’s at the core of Capital One 360. The bank’s personal bank offerings include checking and savings accounts, along with certificates of deposit (CDs).

Although Capital One has brick-and-mortar locations, it’s first and foremost an online bank. In fact, you can receive only limited services for your 360 accounts at each branch.

That’s perhaps the biggest drawback to a Capital One bank account. Some consumers (myself included) prefer to be able to go into a local branch if they have questions and value their relationships with neighborhood banks.

But the technology is not totally foolproof. If you want to make a deposit, instead of filling out a slip and handing the whole kit and caboodle to a bank teller, you can use your mobile phone to take photographs of the front and back of your check. I have actually had trouble getting the focus and lighting to where Capital One 360 wants it, so I find this modern convenience a bit frustrating.

Still, if you’re not too bothered by the scarce number of branches and a few tech snafus, you might find Capital One 360’s banking offerings enough to make up for them.

Capital One’s 360 Checking accounts are interest-paying, with a rate currently at 0.20%. This is a good deal higher than the national average (currently 0.06%).

However, some other online banks can meet or beat these rates. For example, Ally Bank pays an APY of 0.50% on accounts with daily balances over $15,000 (although Ally’s rate for a smaller balance is currently worse than Capital One’s, at 0.10%).

But what makes Capital One 360 accounts really attractive is the fact that they’re free. That’s right — Capital One charges zero fees for 360 Checking accounts. The bank will even throw in your first chequebook free.

You can use your 360 cards to access nearly 40,000 Capital One or Allpoint branded ATMs across the country without paying any fees. And there’s no minimum account required to open or maintain a free account either.

Here’s what drew me to Capital One 360: The bank doesn’t charge a dime when it comes to using your debit card abroad. And you don’t even need to phone the bank to tell them you’ll be globe-trotting.

With all of these freebies, Capital One 360 is a good choice for the cost-conscious. And for those who could use a little more consciousness when it comes to budgeting, the bank doesn’t charge any fees to use your overdraft line of credit. (You’ll pay only interest on the amount you borrow.)

One cool product offered by Capital One is the MONEY account. This is a checking account just for teenagers. As with 360 Checking, there are no fees or required minimums to open or maintain an account.

MONEY accounts pay 0.20% APY in interest. And as the adult manager of the account, you’ll receive real-time text alerts to help you track your teen’s spending and know when their account balance is getting low.

Here at Investor Junkie, we think getting your kids to be responsible for money is a great idea. Here are some ideas to help them start investing, as well

Of course checking products are just one piece of the overall banking pie. Savings accounts can also play a big part in a bank’s performance.

Capital One’s 360 Performance Savings accounts pay 1.70% in interest. And again, there are no monthly fees and no required minimum to open or maintain an account. Accounts are FDIC insured, and you can use the 360 apps to deposit checks and check your balance.

This is a pretty great account. However, if you are able to maintain a minimum balance of $25,000 or deposit $100 every month, you might be better served by the Savings Builder account over at CIT Bank (not to be confused with Citibank). This account pays 1.80% if you meet those conditions.

However, CIT Bank doesn’t offer to check accounts, so if you want to keep all of your banking needs under one roof (or rather, on one site), you might be content with Capital One 360.

If you’re interested in CDs, Capital One 360 offers terms from six to 60 months and APYs of 0.60% to 2.00%. (And, as with 360 Performance Savings, 360 CDs are FDIC insured.) But we wouldn’t recommend going this route unless you’re looking for a CD that matures in 12 months or longer (1.70% and higher). Otherwise, you’d do better with the regular 360 Performance Savings account.

So who’s a good fit for a Capital One 360 account? I’d recommend this banking option for anyone who is looking to do all of their banking online and who isn’t particularly interested in earning the best interest rates. And because there are no fees associated with opening or maintaining an account, it’s probably the best choice for the budget-conscious.

For those “interest rate junkies” out there, check out the other online banking options. You might be able to find even better rates with competitors such as Ally and CIT Bank, depending on your needs.

Capital One 360 might also not be for you if you live distant from a brick-and-mortar location and want to be able to talk to a representative face-to-face. 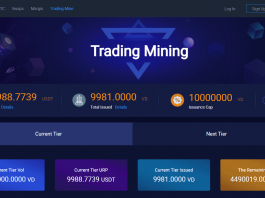 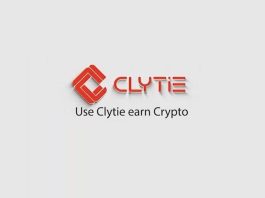 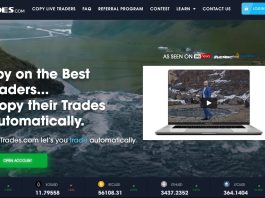 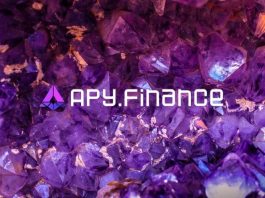 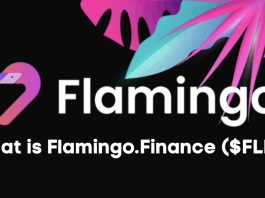 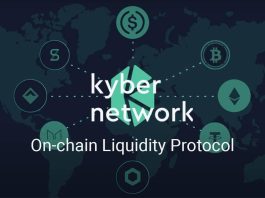 ABOUT US
TheCoinrise - Blockchain, Cryptocurrency and Educational Investing Guides. Investment Reviews, Promotions, and Educational Stock Investing Guides. The Role of the Media is to Educate. TheCoinrise is a financial publisher that does not offer any personal financial advice or advocate the purchase or sale of any security or investment for any specific individual. Members should be aware that investment markets have inherent risks, and past performance does not assure future results.
Contact us: [email protected]
FOLLOW US
© 2019 TheCoinrise.com. All Rights Reserved.