Despite widespread internet disruptions in Kazakhstan due to anti-government rallies, some Bitcoin (BTC) miners have not planned on leaving the country just yet.

According to Chinese industry news outlet 8btc, BIT Mining, one of the top BTC mining firms that shifted operations from China to Kazakhstan last year after the Chinese crackdown, is currently analyzing the effect of political upheaval in Kazakhstan.

“It is unlikely that our mining machines will be evacuated to North America,” a BIT Mining spokeswoman reportedly said, adding that the company will keep a close eye on the situation.

The official also mentioned that Kazakhstan is not BIT Mining’s primary market, as the company has a lot of “mid-to-high-end mining machines” in North America. “It is unlikely that the machines would be moved from Kazakhstan to North America,” the report stated, adding that “future actions will be disclosed.”

According to some sources, miners in the country have managed to keep their units online despite internet interruptions. However, as TheCoinRise reported, the mining activities are taking more toll on country’s national power grid.

“Some Kazakhstan miners told us that the internet was temporarily restored on January 7th. In addition, the 4G network of Chinese phones is also intermittently effective.” According to Chinese blockchain journalist Colin Wu, “the industry expects the country to return to normal next Monday.”

As per the sources, some miners’ operations were unaffected because they were largely in distant areas, whereas the protests were centered in Almaty’s urban area. There have been no reports of miners being robbed, but they are unable to mine due to the network outage, Wu reported.

According to the most recent data from network stability data source NetBlocks, Kazakhstan’s internet had been down foraround 40 hours by time of publication, with a 5% connectivity level.

⚠️ Update: It's now Friday morning in #Kazakhstan where internet has been shut down for some 36 hours, placing public safety at risk and leaving friends and family cut off.

Connectivity levels continue to flatline at just 5% of ordinary levels.

According to some sources, the disturbance in Kazakhstan appears to have had little to no impact on the worldwide Bitcoin hash despite the continued nationwide blackouts. According to data from leading BTC blockchain explorer Blockchain.com, the overall BTC hash rate has remained the same since the beginning of 2022. 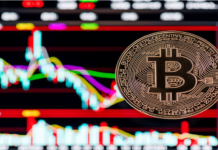 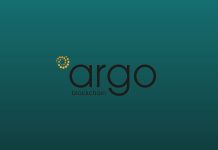 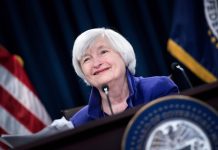 BREAKING: Bitcoin Crashes 25% in 1 Hour Below $6K in Coronavirus...