The crypto market weekly report is back once again and this time on a very optimistic note for the major cryptocurrencies in the market. It is important to note that almost every cryptocurrency surged past their resistance levels and investors can expect the uptrend to continue in the short term as the bullish sentiment in the market is increasing. It is also important to consider the fact that the leading cryptocurrencies surged by significant levels this past week.

Furthermore, the data from CoinMarketCap shows that the market cap of the entire crypto market is currently at $1.15 trillion. It is also important to note that the number of cryptocurrencies listed on CoinMarketCap is nearly 20,500 as more and more projects pour into the crypto space.

Bitcoin began the week on a bullish note as the biggest token in the crypto market lost the $23K price level after finding resistance at the $24K price region. Failing to turn $24K into support, BTC dropped below $23K. There was a sudden bullish pressure in the market as Bitcoin aimed to reclaim the $25K price region but wasn’t able to do so.

Ethereum began the week above $1700 but lost it as per ETH analysis for Aug 7. The 2nd biggest token in the crypto market aimed for $2K and tried to breach the $1800 price level. However, following an increase in bearish strength, ETH retested $1700. After the completion of the Georli testnet, the token moved closer to $2K.

Dogecoin jumped 3% as the week began as the performance of the biggest meme coin in the crypto market was underwhelming. The meme coin reclaimed $0.07 after support from Mark Cuban. This rally did not last long and DOGE was once again below $0.07. However, as the week ended, DOGE was able to maintain the $0.07 price level.

Shiba Inu began the week above $0.000012 but failed to retain it the very next day. The market turned bullish as Shiba Inu formed 3 bullish daily candles. As the 2nd half of the week approached, SHIB lost the $0.000012 price level and dropped to 16th position in the crypto market. As the week ended, SHIB was trading above $0.000012 resistance.

The crypto market weekly report for the week ending on August 13 revealed the price trajectories followed by major cryptocurrencies in the market in the past few days. It is imperative to note that almost every token was bullish and investors can expect addional gains in August as well. 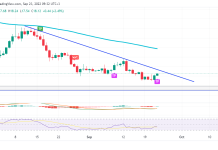 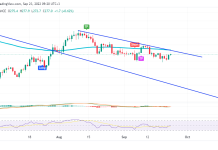 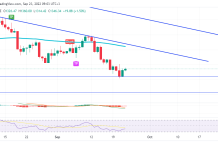 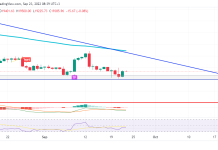