The crypto market weekly performance report is back once again to give you an insight into the major price movement seen this week along with the biggest gainers as well as losers in the space. In the last 7 days, the market has been moving back-and-forth with most of the tokens failing to find their way through their current resistance levels. It will be interesting to see if the market turns bullish in the coming days or a similar movement will prevail in the long term.

Furthermore, the data from CoinMarketCap shows that the market cap of the entire crypto market is currently at $1.08 trillion. It is also important to note that the number of cryptocurrencies listed on CoinMarketCap is nearly 20,400 as more and more projects pour into the crypto space.

Bitcoin opened the week below $24K and also ended July with an 18% price surge. The biggest coin in the crypto market tried retaining $24K but dropped to $23K due to bears taking over. The cryptocurrency lost $23K as well but investors took advantage and BTC broke above $23.5K. Finally, Bitcoin ended the week retaining $23K.

Solana began the week by dropping 2% but jumped 3% the very next day. The token retained $40 but indicators started to turn bearish. Moreover, the trading volume dropped and SOL finally lost $40. The token tried breaking $40 but wasn’t able to do so. Moreover, the week ended with SOL remaining below $40.

Dogecoin did not show any good performance as the week began and the biggest meme coin in the crypto market defeated expectations. The coin ended July flat as volume for the token remained low. The token neared support seen at 6 cents while also losing 10th position in the market. Lastly, DOGE tried breaking $0.07 but failed to do so.

Shiba Inu began the week on a bullish note but was pushed out of the top 15 with trading volume remaining low. SHIB continued to outperform DOGE and reclaimed 15th position in the crypto market as well. However, shortly after, Shiba Inu turned bearish, lost 15th position once again. A sudden surge in buying volume turned SHIB bullish as the week ended and the meme coin was very close to $0.000012.

The crypto market weekly report ends on an optimistic note for this week as we can confirm that the market has turned sluggish but is trying constantly to break into an uptrend. However, it will be interesting to see if another crash is possible in the near future. 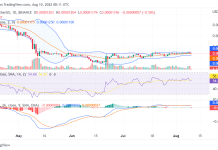 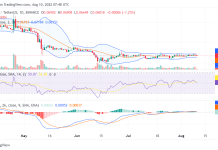 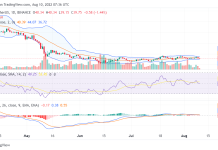 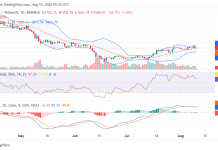 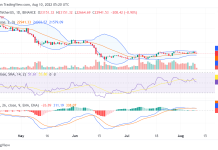 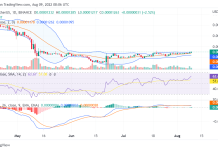 Ethereum reclaimed $1100 for a brief moment only to fall below