TheCoinRise is back with another week’s summary about the regulatory involvements, announcements, and developments in the crypto market.

The Nevada Department of Business and Industry Financial Institutions Division recently issued a money transmitter license to Binance US, the largest cryptocurrency exchange’s US unit. Additionally, the Astana Financial Services Authority (AFSA) has given Binance its In-Principle Approval to Run a Digital Asset Trading Facility and Provide Custody in the Astana International Financial Center (AIFC).

Brian Armstrong, the CEO of Coinbase, said on Thursday that he would not censor the Ethereum blockchain despite his company having a sizable investment in the Ethereum protocol. He stated that if the state demanded it, Coinbase would prefer to shut down the service.

The biggest cryptocurrency exchange platform Crypto.com has received regulatory authorization from the Financial Conduct Authority (FCA) of the United Kingdom to run as a crypto-asset firm in the area. On Wednesday, the exchange disclosed the most current registration and regulatory approval.

Josse Powell, the chief executive of the largest cryptocurrency exchange Kraken, recently questioned the legality of the Treasury Department’s decision to ban Tornado Cash. On the other hand, Tornado Cash was viewed by Kevin O’Leary as one of those companies with a “Crypto Cowboys” ethos that has no place in the ecosystem.

This coming Tuesday, Huobi will stop offering its derivatives trading services to users in New Zealand two months after getting regulatory authorities’ clearance for registration.

Regulatory activities in the crypto industry

Thailand’s Securities and Exchange Commission (Thai SEC) considers DeFi transactions to be risky and has cautioned local cryptocurrency users from using them. According to the watchdog, regional authorities have little control over the growing industry.

South Korea’s financial sector regulator, the Financial Services Commission or FSC, plans to ban domestic access to foreign crypto exchanges that are not recognized by the country.

With new technologies, the central bank of Nigeria’s digital currency, e-Naira, is getting ready to launch its next phase of growth and draw in more users. The e-Naira will acquire new features that are intended to make the CBDC more appealing and available.

Denis Mihaqlovic Dubnikov, a 29-year-old Russian national, was extradited from the Netherlands to the United States after he was found connected to a ransomware hack that took place two years ago.

The embattled cryptocurrency lender Celsius Network has been granted permission to sell its newly-minted BTC by the Southern District of New York Bankruptcy Court, which is in charge of the case. In an effort to guard against an impending downturn, Celsius CEO and founder Alex Mashinsky took full control of the company’s trading strategy.

While the Terraform Labs investigations are ongoing, it appears that Do Kwon is putting together his legal defense team in South Korea. According to a local newspaper, Kwon recently provided the Seoul Southern District Prosecutors’ Office with a letter of employment.

The BitConnect bitcoin Ponzi scheme’s founder Satish Kumbhani is wanted by the Indian State Police. According to a local Indian source, Kumbhani is currently the subject of an investigation by the Federal Bureau of Investigation after being charged in a US court with running a $2.4 billion international Ponzi scheme.

A project to build a link between elementary school instruction and smart contracts has been started by the Bank of China. According to a Sohu.com news release, the contract is ultimately a partnership between regional educational authorities, financial organizations, and the parents of the interested youngsters.

A lawsuit was filed by the SEC against Dragonchain’s 2017 initial coin offering (ICO). The case served as an indictment against every company connected to or associated with the ICO and its creator John Joseph Roets. The presale and ICO, which generated a return of around $16.5 million in what is now regarded as unregistered crypto assets, are what prompted their engagement.

A non-profit advocacy group called Coin Center is preparing to file a lawsuit against the US government over its ban on the Ethereum-based cryptocurrency mixer Tornado Cash. The advocacy group labeled the American government’s decision as “unconstitutional.”

To create a specific regulatory authority for the industry, the European Commission, European Council, and the European Parliament are collaborating. The sectors whose recent catastrophe wiped out numerous billions of dollars in investor funds will be governed by this organization.

The UN Conference on Trade and Development recommends limiting the influence of cryptocurrencies in underdeveloped nations. The group asserts that financial instruments made from digital assets are untrustworthy and may further weaken already shaky economies.

A resident of Ohio has been charged by the United States CFTC Commodities Futures and Trading Commission for running a $12 million cryptocurrency-related Ponzi scam. According to a charge the CFTC filed at a district court in the area on Thursday, the person committed the fraud.

According to sources, Richard Sharp, a former banker and BBC chairman, made an investment through a foreign company in a cryptocurrency-related business founded by a Russian oligarch.

Bitfarms, a multinational company that engages in Bitcoin self-mining, has revealed a net loss of $142M for Q2 that ended on June 30, 2022. For the company, this sum equals $0.70 per basic and diluted share. According to Bitfarms’ report on its operations from April to June, it mined an additional 1257 Bitcoin (BTC).

A protocol update was implemented on August 13 by Monero, one of the ecosystem’s most important privacy protocols, to improve a number of the network’s privacy and security features.

One of Ethereum’s original investors, Metastable, has been acquired by Dragonfly, a venture capital firm with a cryptocurrency bent. Although the terms of the sale have not been made public, Sequoia Capital and a16z have reportedly supported the acquisition.

The Cyprus Securities and Exchange Commission has given the online bank Revolut permission to offer cryptocurrency services throughout the European Economic Area. Revolut becomes the first company to receive the crypto asset authorization thanks to the CySEC’s clearance.

Galaxy Digital recently made the decision to sever its ties with BitGo, a cryptocurrency custody provider. The company recently said that it will no longer pursue the acquisition of BitGo since the latter reportedly failed to provide audited financial accounts for the previous year. According to the terms of the contract, Galaxy Digital would be required to pay BitGo a $100 million severance fee if it decided to terminate the deal. BitGo is demanding that Galaxy Digital pays for losses and inconveniences totaling more than $100 million after deciding to end its contract.

The House of Representatives and Senate have received a lobbying registration form from cryptocurrency venture capital firm Digital Currency Group (DCG). DCG has asked Julie Stitzel, the company’s current vice president of public policy, to take on the role of lobbyist, according to the information in the file.

SBI Holdings will shut down its Russian Siberian crypto mining operations. According to the business, the war between Russia and Ukraine played a role in this choice.

The well-known digital asset management Monochrome has been awarded approval by the Australian Securities Watchdog to introduce a spot Bitcoin exchange-traded fund or ETF.

The cryptocurrency custodial company Copper has announced its plan to use the Solana (SOL) blockchain to offer institutional investors a decentralized finance (DeFi) solution. Copper said that with this arrangement in place, its users could connect with decentralized apps (DApps) and conduct transactions securely on the Solana blockchain.

Tether has teamed up with BDO Italia for an impartial evaluation of its USDT reserves in an effort to be more transparent. On Thursday, the stablecoin issuer made the announcement while reiterating its commitment to openness and transparency.

The incumbent Chief Executive Officer of Genesis Trading, Michael Moro, has left his role as part of a leadership restructuring. The company’s release states that the former CEO, who led the organization for six years, has left and is now acting as an advisor to the business in a consulting capacity. Michael declared that he would now assist Genesis by offering guidance as it entered a new stage of development.

Israeli multinational social trading platform eToro has acquired financial technology firm Gatsby in a string of mergers and acquisitions. Given that Gatsby is at odds with Robinhood, one of eToro’s main competitors, as well, the acquisition is consistent with eToro’s beliefs and ethos. The acquisition is worth roughly $50 million when paid for in cash and common stock.

The president and CEO of the Quebec pension fund, Mr. Charles Edmond, acknowledged CDPQ’s loss-making investment in the insolvent cryptocurrency lending platform Celsius during the announcement of the six-month return record.

Tessera will now be known as Fractional, an NFT platform that enables group ownership of priced NFTs. To further its goals, the NFT platform recently received $20 million in a Series A fundraising round.

A new validator client for the Solana blockchain is being developed by Jump Crypto, a pioneer in Web3 infrastructure architecture. As a result, Jump Crypto is the first business to create a network validator outside of the Solana team.

In his recent blog post, former BitMEX CEO Arthur Hayes described how he expects Ethereum traders to act before and after Ethereum’s The Merge event. He thinks that ETH will appreciate after a smooth transition in September, exactly like Bitcoin does when it is halving.

Hodlnaut has asked the Singapore High Court for judicial management control. In an effort to communicate with its clients more directly and consistently, the exchange made this notification today.

According to Hodlnaut, up to 80% of its employees have been let go, leaving just 40 people behind. The lender stated that the staff reduction is required in an effort to reduce operational costs as its court management hearing is scheduled for this Monday.

Exclusive reviews and announcements by TheCoinRise

TFLOW Blockchain recently announced the appointment of Karen Kokabi as Chief Sales Officer to the Team. Blueship, Orecoal, and Tachyon were all founded by Kokabi. In addition, he serves as Vimodji’s Chief Marketing Officer and the Managing Director of AG Pappadakis & Co.

The listing of the Betswap.gg token under the trading pair $BSGG/USDT was just revealed by AscendEX. Users can establish odds on the decentralized sports betting service Betswap.gg by taking either side of the game.

TheCoinRise will be back with another week of crypto roundup next Weekend. 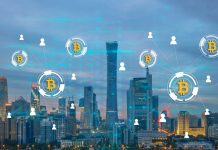 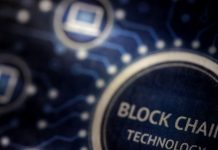 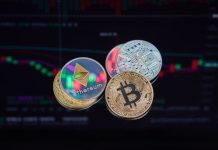 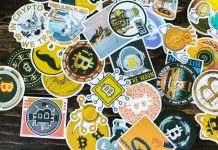 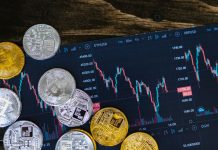 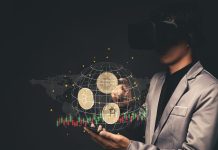