This week has seen tons of regulatory actions in the crypto industry, along with a market minor crash. We at TheCoinRise are here to summarise it for you.

The crypto market has been in a do-or-die situation, with the king coin dropping by more than 9% in the last seven days. Kazakhstan’s protest and mining disruption is working as the catalyst in the current slipping situation. Despite the widespread internet disruptions, mining activities are keeping pace. However, as TheCoinRise reported, the mining firm Bit mining said that it would not run off the country.

Bitcoin is roughly at the three-month low and is trading around the $42,000 zone. It recently went around the $40,000 zone amid huge fear in the market. Ethereum, on the other hand, has been down by around 17% in the past week.

The king coin recently witnessed its 13th birthday last week. The third-largest whale purchased 456 Bitcoin units to mark the occasion. Binance also purchased a huge amount which is roughly 43k BTC units, during the ongoing dip, with an average price of $46,500. The “dip,” “buy,” and “Fed” are the three most trending keywords on social media recently.

The first week of 2022 was filled with predictions and expectations. Antoni Trenchev, the managing partner and co-founder of Nexo, predicted that Bitcoin could hit the $100,000 level during mid-2022.

Nayib Bukele, the famous Bitcoin supporter and president of El Salvador, has recently posted six predictions for Bitcoin as we enter this brand new year. Bukele believes that Bitcoin will hit the $100,000 mark and will be approved as legal tender for two more countries. Bukele also predicted that Bitcoin would be the big electoral issue in the U.S. this year.

Wharton Finance’s professor Jeremy Siegel said that the performance of Gold this past year was disappointing and believes that the world’s biggest crypto Bitcoin would replace Gold as an inflation hedge for youngsters.

The Human Rights Foundation recently announced that it is going to offer 425 million Satoshis to multiple contributors in light of the organization’s latest Bitcoin Development Fund initiative, which was established in May 2020.

The program is mainly dedicated to solidifying the usability, privacy, and security of the BTC network. The organization stated that it would use the majority of the funding for this round in the BTC education expansion.

The development company Mozilla recently shocked the crypto community by reversing its decision of crypto donation campaigns following the environmental issues backlash. The company behind the development of the Firefox browser last week solicited donations in crypto after many past requests, but it faced massive criticism from the community resulting in the reversal of its actions.

PayPal to launch a stablecoin

The American fintech company PayPal Holdings this week confirmed the rumors around its plans to launch its own stablecoin, PayPal Coin. Steve Moser, the famous developer, first discovered the emergence of a native stablecoin in the platform’s iPhone app’s source code.

Crypto and digital currency SVP of PayPal, Jose Fernandez da Ponte says that “We are exploring a stablecoin; if and when we seek to move forward, we will, of course, work closely with relevant regulators.”

María Muñoz, the famous advocate and economist, who is also a member of the Spanish political party Ciudadanos, has proposed a policy to the crypto community, urging the Spanish government to consider Kazakhstan’s situation as an opportunity for the country to become a Bitcoin mining hub.

The lawmaker posted a series of tweets this Friday, expressing the connection of Spain in stemming oppression on a global scale.

Pakistan this week has attacked the leading crypto exchange Binance by issuing an official notice to the exchange under the investigation of a multi-million dollar crypto scam in the nation.

The Federal Investigation Agency (FIA) of Pakistan, after getting multiple complaints against some apps that involved the investors being scammed to transfer funds from their Binance wallets to anonymous third-party wallets, issued a criminal inquiry.

FIA has, till now, found at least 11 mobile apps involved in the scam.

Marathon Digital and Bitfarms mined over 3K Bitcoins in 2021

Two of the most prominent publicly-traded Bitcoin mining firms, Bitfarms and Marathon Digital, have individually mined over 3,000 BTC units this last year, the two announced recently.

Canada-based Bitfarms mined around 3,432 Bitcoins, whereas its rival U.S- based company Marathon mined 3,197 Bitcoins in 2021.

Brain Chesky, the CEO of the renting giant Airbnb Inc., recently revealed through its Twitter poll that the customers want the company to include a digital currency payment option on its platform this year.

Notably, the CEO asked his followers about the improvements Airbnb should make in 2022.

Bitso, a well-known crypto exchange in Latin America, has become the official sponsor of the Sao Paulo Football Club (SPFC), the team with the most international championships. The partnership will act as a significant awareness platform for Bitso to depict the developing world of digital currencies in a positive light.

The European Securities and Markets Authority (ESMA) has requested public input on how to regulate the use of DLT or Distributed Ledger Technology for securities trading and settlements. The request for feedback was made in a published document labeled a “call for evidence,” and it was sent to a select group of regional stakeholders.

China, in the new year, has launched a pilot test wallet for its CBDC dubbed e-CNY for Android and iOS users. The local media says that the mobile wallet will be available on the Apple App Store and Google Play Store.

In the world of NFTs and Metaverse

Metaverse and NFT have been the stars of 2021 and are expected to continue their path this year too. The multi-millionaire and crypto supporter Kevin O’Leary believes that the NFT industry will surpass Bitcoin in the coming future.

Mr. Beautiful said that NFTs have a better opportunity to attract capital than BTC as they can be tokenized and used to identify physical assets like real estate.

During the new year’s greeting recently, Yosuke Matsuda, the CEO of Square Enix, said that he sees NFT and play-to-ear (P2E) games as the industry’s future.

Matsuda outlined the firm’s plans for NFT and blockchain in the coming days. He says that Facebook’s actions to become Meta are proof that the concept is solid. He went on to predict that this year will be the year for Metaverse and its boom.

Binance NFT marketplace has recently launched a new Subscription Mechanism amid the growing demand and struggles revolving around the NFT purchase. The action is aimed at granting easy access to NFT collections launched on its platform.

The new subscription mechanism is easy and straightforward to consume fair and equitable service for participating in coming NFT drops.

Samsung Electronics has recently integrated NFTs into its new next-generation smart TV lineup. The tech giant recently announced that the NFT platform would be accessible on its 2022 smart televisions such as Micro LED, The Frame, and Neo QLED. The new integration will let users discover, buy, and sell NFTs.

Not only this, but the company has also opened a virtual store on Decentraland amid COVID-19 when the customers cannot visit the physical store. The virtual store by the tech giant is an exact replica of the famous New York City store.

South Korea is known for its experiments when it comes to crypto and the Metaverse world. Lee Jae-Myung, the Democratic Party’s (DP) presidential candidate, has decided to use NFT as a tool to raise funds for his electoral campaign.

Golf is the latest to enter the NFT and Metaverse world with the efforts of LinkDAO, which has raised $10.5 million through an NFT sale to fund its golfing ambitions.

The NFT marketplace giant OpenSea has raised $300 million in a Series C funding round led by Coatue and Paradigm.

The company aims to use the funds for building a better customer experience along with expanding its vision and team.

We at TheCoinRise wish you all luck for the current dip and will be back with another weekly roundup next Sunday. 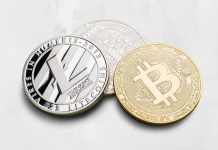 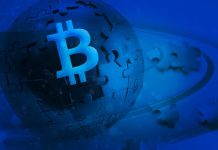 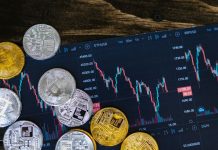 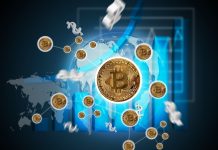 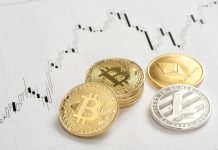 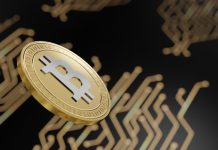