I have been contacted by two interesting authors J. Lee Porter and Ed Teja regarding Crypto Shrugged book review. The Crypto Shrugged book is available also in Spanish on Amazon store. As we all know that I really like Cryptocurrencies and good reading books about cryptocurrencies then I could not refuse to read the book and write an honest review about it. The most important that I liked from the book authors that they required for the honest book review and my opinion, not paid advertising review to increase book sales.

Crypto Shrugged book perfectly captures the shadows of entrepreneurship. Although it suffers from being over-long, we give this classic of capitalism 8 stars for its philosophical viewpoint.

In the review of Crypto Shrugged, authors J. Lee Porter and Ed Teja open a glimpse into the fascinating world of cryptocurrency and international globalization and scheming players pursuing personal objectives to gain power or money. The book draws the reader smoothly into the plot from the first page. It never let’s go, and never disappoints. The narrative is engaging and the dialogue very real. It was a pleasure to come across a novel written with a professional touch. Each character is a distinct personality, and readers will have to make their own judgment whether they like them or not, but the interaction between them and the emotional nuances this generates forms part of the Crypto Shrugged appeal. The work will make the reader pause and think, and some of its conclusions may be arguable, which is one of its objectives. How it all works out, well, you will just have to read the book.

Don’t know much about cryptocurrency?

I confess that prior to reading J. Lee Porter and Ed Teja’s 2018 novel Crypto Shrugged. It pops into the news now and then and my eyes glaze over. But bitcoins and the like are as “real” as any other form of money, which has always depended on the agreement between at least two parties that this paper or that coin (even if it is gold) is worth something. Value can fluctuate or even collapse in a flash, as it’s essentially a matter of faith. Picture those wheelbarrows full of Deutschmarks during the Great Depression, all for a loaf of bread and half a rotten schnitzel, and the similar tales about Confederate dollars at the end of the U.S. Civil War. What if the entire planet mutually decided at this moment that the Japanese yen or a Swiss franc no longer had any value? Without that critical element of trust and respect, it would just be ultra-fancy high-end toilet paper.

In the age of global capitalism and vast international computer networks, where most transactions occur digitally, it would make sense that national currencies are in line to become effectively obsolete, a relic of the past. Never has cash been so unnecessary, as those of you reading this on the Internet know. This could be seen as the dawn of a new era, but in many ways, it is now. I am well aware that most if not all my wealth exist solely in bank computers and nowhere else. That’s not going to fill too many wheelbarrows if the system goes haywire. It’s a system based on trust, elaborate code and interfacing that I don’t understand, and 1s that could quickly turn into 0s.

Porter and Teja’s novel, basically the coder’s equivalent of a spy thriller, shows what’s at stake if the inevitable digital currency of the future is centralized and not open-source—that is, instead of being part of the public record, if it’s controlled by governments, international bodies like the World Bank or IMF, or worse yet, elitist cabals of Illuminati-like one-percenters (or more aptly, the one percent of that one percent). Picture C. Montgomery Burns in the shadows saying excellent and smacking his lips as he takes a tiny slice of every transaction and collects the personal information of every user. E-pennies quickly become millions of digital dollars and the universal database compiled from the transactions can be used for all sorts of nefarious ends. Diabolical algorithmic fingers crawl through our purchase histories, social media accounts. Again, it’s a future that is in many ways already here. Big Brother doesn’t need to google you; he is Google and Facebook and Netflix and Twitter, and on and on.

Standing in resistance to this, if not in plain sight, are the true heroes of Crypto Shrugged, so-called Bitpat anarchists—anonymous “digital nomads” intent not to undermine cryptocurrency but to ensure that it can be functional without being vulnerable and that it doesn’t fall into the wrong hands. As the title suggests, the anarchist spirit behind this is mainly in the tradition of economic libertarianism and Ayn Rand, updated to the realities of the 21st century. If the fearless consumers and investors of our Internet world did want to create a purely cloud-based monetary system, why should the government be allowed to tread upon that? It’s the free market ideal applied to the currency itself. Obviously, though, nations and corporations have a strong interest in preserving what Porter and Teja call the “statist quo” of the “money racket,” thuggishly infringing upon what they believe to be the rights of citizen-consumers, and in labelling bit pat freedom fighters as dangerous, destabilizing terrorists. (The USA Patriot Act, which was mostly used to silence anti-corporate voices and rounds up environmental activists and is still partially in effect, is a clear inspiration for this side of the story.) Wyatt and Rashmi, two of the primary figures in the Tanzania e-currency project that is at the centre of it all, come to see the bit pat light, but it remains to be seen whether they will live to fight and debug another day.

Crypto Shrugged is not a great novel, but it has a compelling plot with real suspense and a few twists that would make for an excellent screenplay. Conspiracy, murder, intrigue, seduction, deceit, betrayal, exotic locales, fake passports, prison escapes, island-hopping private jets, it’s all there. While the characters, regardless of their race or gender, are more like caricatures with few moments of depth either in speech or thought, it’s in a way that we’d expect from a popcorn movie. John Le Carré and Robert Ludlum write in this same bare-bones “action genre” style. I personally didn’t need the sex scenes and their rather crude portrayal of both men and women as little more than heartless sexual omnivores, but those do help the average reader endure the less lively technical sections about software, administrative protocol, and global economies, and it’s a breezy read all in all. I’m sure a cryptocurrency thriller is already in the works at some Hollywood studio or another, linked to Tom Cruise or Tom Hiddleston or Tommy Lee Jones (probably not Tommy Tune). It could very well be this one.

The future might be now, but you might have to wait just a little while longer before being able to pay for Crypto Shrugged on Amazon with bitcoins or e-Amazonian Prime pesos (primos?). But it won’t be as long as one might think. In the meantime, who knows what’s going on with those geeky programmers behind closed doors and their greedy, power-hungry overlords. Something digital this way comes.

About The Crypto Shrugged Authors

J. Lee Porter is a former IT specialist, programmer and data analyst for banking, security, and government agencies. He left the IT world behind on July 4th, 2016, declaring it his personal independence day to travel the world full time in search of inspiration for his writing

Ed Teja is a writer a poet, a musician and a traveller. He follows Paul Bowles’ definition of a traveller: “A person who moves slowly over the face of the planet, belonging no more to one place than the next.” His stories and poems are about the places he knows, places that lie in the margins of the world, and the amazing people he meets between the cracks.

Crypto Shrugged by J. Lee Porter and Ed Teja is a political/techno thriller which explores, through a globe-trotting high-stakes adventure, the ramifications – for societies and governments – of cryptocurrency and blockchain software. If you’re unfamiliar with these terms and the concept of cyber-money, this novel explains it step by step while delivering a dark globalization conspiracy story that could well be taking place even as we read about Bitcoins and crypto-markets in the news. Greed, power, influence – all emerge as the leaders of Tanzania enlist the cabal running the International Monetary Fund to help them bring about huge changes in their economy. Machiavellian characters abound in this intriguing novel about ultimate global control. If this topic is of interest at all, you’ll likely enjoy Crypto Shrugged.

Perhaps Crypto Shrugged should be read not for its literary merit, but for its philosophical view. I’ve always known most of the points made in this book to be true, but Crypto Shrugged adds more confirmation.

If you are an entrepreneur, most of what’s discussed in this book should not be a surprise.

However, if you come from a progressive or liberal viewpoint, it might be a big eye-opener. You also might have the misconception that the entire book is about self-destructive greed. It’s not. To summarize the book in a nutshell, Crypto Shrugged is about free will and letting others act rationally selfish.

Overall, Crypto Shrugged is Good from a literary standpoint, and I give it 8 out of 10 stars. From a philosophical view, I give it 9 stars, for a combined rating of 8.5 stars. The book might not be perfect, but its themes come close. 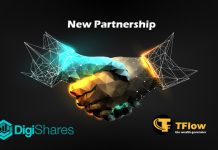 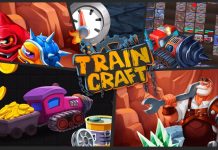 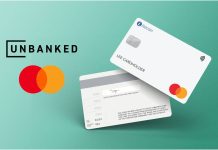 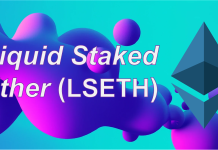 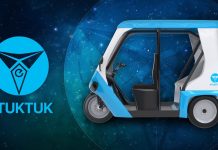 Here’s How eTukTuk Will rEVolutionise The Transportation Sector for Billions Worldwide. 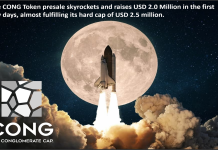