According to an announcement on Dec. 12, BitMEX now allows its users to withdraw Bitcoin to Bech32 addresses, the one that natively supports the segregated witness standard.

As the announcement explains, the Bitcoin network currently supports three address formats. The first one — Bitcoin’s original address format — is pay to public key hash (P2PKH), which starts with a 1.

The second format is the pay to script hash (P2SH), which allows users to send Bitcoin to an address secured through a script without knowing details about it — such as a multi-signature wallet. This is the kind of address to which BitMEX’s users deposit their funds. P2SH addresses start with a 3.

SegWit, an update implemented in August 2017, protects against transaction malleability and increases block capacity by separating the data required to check transaction validity (witness) from the list of transaction inputs.

SegWit also added a weight parameter that limits the block size to 4 million weight units, which allowed blocks that are larger than 1 MB without a hard fork. Furthermore, this update was the last change needed to implement the Lightning Network.

The next wallet upgrade planned by BitMEX is enabling non-native SegWit support on its P2SH addresses. The announcement reads:

“As explained above, SegWit can result in significant block weight savings of around 25% to 40%, however in the case of BitMEX, the savings will be even higher. A BitMEX withdrawal is a 3 of 4 multi-signature P2SH transactions. […]. The benefits of applying the witness discount to these large transactions are far greater than for typical non-BitMEX transactions. Therefore BitMEX would benefit from a block weight saving of around 65% by adopting SegWit.” 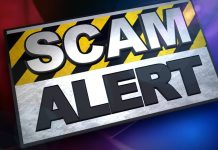