A former Senior Advisor for Dash Core Group, an organization working on the Dash network, has seemingly disappeared without a trace with funds investors sent to his previously trusted master node management service.

The former Dash Core Group Senior Advisor, MooCowMoo, ran a master node management service called masternode.me that according to Dash Forum users hasn’t been paying out rewards to users since at least August of this year. To host a master node users needed to send MooCowMoo a total of 1,000 Dash, at press time worth around $50,800, as well as a flat fee for 90 days of service.

On the Dash blockchain, Coinbase rewards are distributed between miners, master node operators, and the Dash treasury. Those who run a masternode are rewarded for supporting the network, with 1,000 Dash being needed to run one. Setting a master node up requires some technical knowledge, and as such users turn to host services.

On a year-old Reddit thread, users showed they trusted MooCowMoo’s service not only for him being a member of Dash Core but also because he had a “massive reputation under his belt” and had been serving “many customers for years now.” MooCowMoo reportedly had a dead man’s switch that would send “all funds back to the originating addresses in case he’s hit by a bus.”

The former Dash Core Group Senior Advisor did warn users it was shutting down its service and returning all of the funds to investors, but seemingly never did.

So, to address the stress, I’ll be shutting down shares and sending back all deposits to their origination addresses within a week or two as time permits.

Despite his reputation and supposed dead man’s switch, Dash investors are complaining about forums they ended up losing their funds after sending them to MooCowMoo’s service, and Dash Core Group told them to figure the situation out themselves as “there is power in numbers.”

Gutierrez added that Dash Core Group “strongly condemns his behavior and has been trying to communicate with him for months to help community members affected by this,” adding that Bitcoinist’s coverage was “reckless and very disappointing to say the least.”

We reached out to Fernando Gutierrez for comment and he shared with us that MooCowMoo was never really a member of Dash Core, the U.S.-based organization working on the Dash blockchain, but was part of an initial group that wasn’t clearly defined. As such, he was “never contracted or hired to perform any work on behalf of the entity.”

Gutierrez added MooCowMoo was listed as one of the company’s advisors for some time “in recognition of his early contributions to the project.” He added the Dash Core Group is aware of what’s going on and is doing what it can to help users recover funds:

Dash Core Group strongly condemns his behavior. During the last few months, we have been in contact with many of Moocowmoo’s clients and shared with them the limited information we have. The organization doesn’t have any relationship with Moocowmoo and this was his private business. Unfortunately, we have no way to directly provide a solution to this issue.

He also revealed the former Dash Core Senior Advisor shared with the company in the summer of this he was shutting down the service and refunding clients after mentioning he had personal problems, and that some have indeed been refunded.

As far as the Dash Core Group knows, he said, “he funds have not been moved and he has been paying the returns of the master nodes to his clients, so it is not confirmed what his intentions are.” 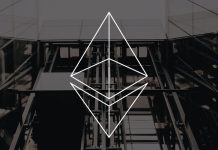 Crypto News Media Has Had to Change to the Best to...