Ethereum co-founder Vitalik Buterin recently spoke about The Merge on a Twitter post and claimed that Ethereum is “not a security.”

On Twitter, a comment from a Bitcoin supporter claimed that if a community can vote to change the characteristics of a blockchain, it is centralized because the decisions are made by the biggest stakeholders and hence, is in a way centralized. On this, Buterin came out to defend the transition between ETH to ETH 2.0 by stating that such claims by “PoW proponents” are “unmitigated bare-faced” lies.

It's amazing how some PoW proponents just keep repeating the unmitigated bare-faced lie that PoS includes voting on protocol parameters (it doesn't, just like PoW doesn't) and this so often just goes unchallenged.

Nodes reject invalid blocks, in PoS and in PoW. It's not hard. https://t.co/vLEWWsWIsG

Many call Ethereum a security

The U.S. SEC Chairman, Gary Gensler, on the other hand, also believes that only Bitcoin is a security and that all other cryptocurrencies are securities. When asked for his thoughts on Ethereum, he did not specifically mention the second-largest blockchain network in the world but stated that only Bitcoin deserves the status of a commodity, while all other cryptocurrencies are securities and are therefore subject to SEC regulation, whereas Bitcoin could be regulated by the Commodity Futures Trading Commission (CFTC).

As it is said that Proof of Stake will make Ethereum more secure than Bitcoin, the crypto community is eagerly waiting for the transition. The world’s biggest altcoin might transition to ETH 2.0 by the end of August 2022, as per previous claims of PoS supporter Buterin.

Notably, PoW blockchains like Bitcoin have drawn the attention of authorities and environmentalists worldwide for a variety of reasons. PoW blockchains use a significant amount of energy to allow for the continuous release of new coins onto the market.

Since the proposal for ETH’s switch from PoW to PoS was approved, there has been a conflict between Ethereum (ETH) and Bitcoin (BTC), both of which are currently based on PoW. The blockchain has been going through a lot of restructuring and will need staking to function. 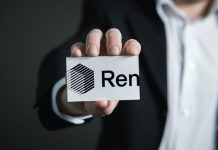