Bitcoin was first released on January 9, 2009. For the first few years, it was largely ignored as nothing more than an interesting phenomenon. Technicians and futurists could see the future potential of cryptocurrency investment in general, but it wasn’t drawing much interest as an investment entites.

But as the years have passed and hundreds more cryptocurrencies have come and gone, Bitcoin has emerged as the standard-bearer of the currency. This point hasn’t been missed by investors and speculators. Some are now coming to see cryptocurrency as an alternative global currency that will eventually replace sovereign currencies such as the U.S. dollar and the euro.

But the trading activity has also drawn a large number of speculators. They’re betting on cryptocurrencies — Bitcoin in particular — rocketing all the way to the moon. Speculators are rarely seriously concerned with fundamentals. They see a sudden and dramatic price rise, and whatever the asset, it draws their attention.

This article isn’t meant to be an endorsement of Bitcoin or any other cryptocurrency. Instead, we intend for it to be a general guide for anyone who wants to start investing in cryptocurrency. (Or closer to the truth: speculating.) It is entirely possible cryptocurrencies will continue their march forward over the next few years. And if you’re betting on that outcome, we hope this information will help.

In this article, we’re going to discuss cryptocurrency in general and Bitcoin in particular. It has definitely emerged as the bellwether of all cryptocurrencies and is most closely followed and documented.

Understand What Cryptocurrency Is and How It Works

Cryptocurrency is based on blockchain technology. That’s a chain of information registration and distribution that is not controlled by any single institution. Instead, it works as a record of digital transactions that are independent of central banks.

There are all kinds of technical details related to blockchain technology that may be worth investigating if it doesn’t drive you into a technological coma. But essentially, it eliminates the middleman — such as a bank — and allows buyers and sellers to transact business directly between each other. That should also serve to lower or even eliminate transaction fees, which is a major part of the attraction of cryptocurrency.

As you might imagine, you can’t go to a local bank or even a brokerage firm (there is one exception we’ll discuss later) and buy cryptocurrency. It’s still seen as something exotic in the world of financial institutions. Since it’s not well understood and is virtually unregulated, most financial institutions don’t want to deal with it. For that reason, it tends to function within its own network.

The most popular cryptocurrency is Bitcoin, whose price is regularly tracked in the major financial media. But there are actually hundreds of cryptocurrencies, including many that have already come and gone.

At the moment, it seems as if the two primary attractions of cryptocurrency are:

And for those who bought cryptocurrency prior to the price explosion in 2017, it’s probably been the best investment in a lot of portfolios.

So what should you do if you want to get in on the cryptocurrency action?

Allocate Only a Small Percentage of Your Portfolio to Cryptocurrency Investment

You’ll have to decide in advance how much of your portfolio you want to allocate to cryptocurrency. With recent advances, particularly in the price of Bitcoin, it can be difficult to make a rational decision. All investing is ruled by a combination of greed and fear, and it may be hard to keep the greed part under control given the advances cryptos have shown in recent years.

But no matter what, cryptocurrency should occupy only a very small part of your portfolio. Exactly how much is completely up to you. But you should be wary investing more than 10% or even 5%.

Cryptocurrencies weren’t designed to be investments. They are mediums of exchange. They’ve widely been seen as an alternative to sovereign currencies, like the dollar, yen and euro. It’s been thought that they’ll ultimately represent a more efficient means of commerce, particularly on the web. That’s because its value is determined strictly by the market and not by manipulation as sovereign currencies tend to be.

But at least up to this point, cryptocurrencies haven’t satisfactorily filled the role of being a medium of exchange. Only a very limited number of merchants accept them, so most trading is taking place between individuals.

Up to this point, both the current uses and the future of cryptocurrencies are uncertain.

Make sure you maintain a portfolio filled primarily with traditional investments, like stocks, bonds funds. Only a small sliver should be held in cryptocurrencies.

This is one of the real complications with cryptocurrency. There isn’t just one, but hundreds. Maybe even more than a thousand. See most popular Cryptocurrencies and prices here

Complicating the issue is that more are coming online all the time. That has to be counterbalanced by the reality that hundreds of cryptocurrencies have come and gone already. And the whole concept of cryptocurrency started only about a decade ago.

Right now, the largest cryptocurrency is Bitcoin. It’s also the crypto that’s drawing the most attention and investment dollars. In a very distant second position is Ethereum, and there are others like Zcash, Dash, Ripple and Monero.

Given its dominant position, Bitcoin seems to be the most reliable among all the many cryptocurrencies available. In fact, Bitcoin has become practically synonymous with “cryptocurrency.” What’s interesting about the connection is that while the media has been carefully following the price action of Bitcoin, some cryptocurrencies have performed even better.

This assumption should not be underestimated. Most of the cryptocurrencies that have come on the market in the past decade have either flatlined or disappeared completely. That means any investment you make could go all the way to zero. And given the price volatility that’s common with cryptocurrencies, your investment could disappear completely with very little notice.

One of the disadvantages with buying cryptocurrencies is that you can’t get them in all the usual financial places. Banks don’t offer them and neither do investment brokerage firms.

For the most part, you’ll be limited to buying, holding and selling cryptocurrencies on dedicated cryptocurrency exchanges.

Some of the largest of these exchanges include:

You can think of these platforms as brokerage firms specifically designed for cryptocurrencies. Each offers trading in the most popular cryptos, and of course you should expect to pay a fee for both buying and selling.

There is one exception among investment brokers that does make cryptocurrencies available, and that’s Robinhood. This is hardly surprising given that Robinhood is a certified disruptor in the investment broker space. This disruption starts with commissions: Robinhood doesn’t charge any. You can buy stocks, options, exchange-traded funds (ETFs) and, yes, cryptocurrencies commission-free.

Cryptocurrencies available through Robinhood include bitcoin, bitcoin cash, ethereum, ethereum classic, litecoin, and dogecoin. This may be a less expensive and more convenient way to hold cryptocurrency, especially if you plan to hold it only as an investment and not as a medium of exchange.

Apart from Robinhood and the various cryptocurrency exchanges, you may also be able to buy and sell cryptocurrency directly with individuals who also hold them. But to do that, you’ll need a special way to store them.

Cryptocurrency is typically stored in a cryptocurrency wallet. This is a complicated topic, particularly since there are so many wallets available. But we’ll try to boil it down to the basic facts.

In addition to enabling you to access, send and receive cryptocurrency, a digital wallet also provides a record of transactions that are stored on the blockchain, as well as your current balance.

There are several different types of digital wallets:

Which digital wallet you choose will depend on your own desire for a balance between security and convenience. Some cryptocurrency exchanges also offer digital wallets for your cryptos.

Be Ready for a Wild Ride with Cryptocurrency Investment!

No matter where or how you decide to buy, sell and store your cryptocurrency, you need to be fully prepared for instability. Cryptocurrencies are far less predictable than traditional investments, because — once again — they are not investments. 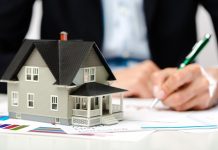 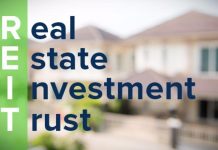 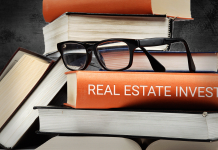 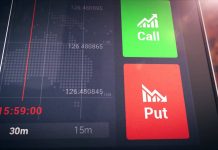 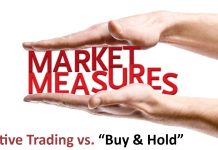 Active Trading or Buy and Hold?

How to Transfer a Brokerage Account – Stock Broker Beginner Guide

What is Virtual Trading Account: Should You Use a Paper Trading...