Maksim Zaslavskiy was sentenced 18 months in prison by a federal court in Brooklyn for conspiring to commit ICO securities fraud. The businessman from Brooklyn was involved in two ICO Fraud that was endorsed as being backed by collateral that did not exist.

Maksim Zaslavskiy has been sentenced a year and a half in prison for conduction two fake ICOs. The court will decide the amount of restitution later. In November 2108, Zaslavskiy was proven guilty for committing ICO securities fraud.

Zaslavskiy lured in more than 1000 investors in ICO Fraud.

In July 2017, Zaslavskiy falsely marketed RECoin as the first-ever cryptocurrency backed by Real Estate, and subsequently by diamonds as an “exclusive and tokenized membership pool,” hedged by diamonds. Zaslavskiy successfully lured in more than 1000 investors via false marketing.

The scammer also falsely advertised that RECoin had a team of lawyers, professionals, brokers, and accountants,” who would invest the proceeds from ICO in real estate and that $2.8 million tokens had been sold. It was proven in court that he did not own any diamond or real estates that he claimed were backing tokens.

The restitution amount yet to be decided.

The scammer was indicted in November last year for his actions as the owner of the Diamond Reserve Club and RECoin Group Foundation. Brooklyn scammer was found guilty for running a fake ICO as the tokens were backed by nothing. The federal court is yet to announce a restitution amount that he will have to pay. US Attorney Richard Donoghue, who led the prosecution, said that Zaslavskiy committed an old-fashioned fraud camouflaged as cutting-edge technology. 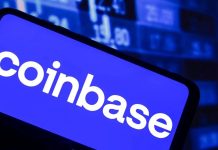 Golden Secures $40M With a16z Leading the Funding Round