Gala Games, Flare, and Bitrue are happy to announce a three-way partnership to advance the interests of gamers globally through announcing that Gala will be integrating with the Flare Network. This will make Gala’s in-game assets represented as Non Fungible Tokens (NFT’S) mintable and tradable on Flare. Gala Games has been making waves in the blockchain gaming space, with two world-record setting sales of NFT items for their upcoming MMORPG Mirandus, and is building a reputation for moving quickly, delivering on promises, and working to support the gamers.

“In the traditional gaming world, the secondary market for in-game items is a $50 billion market, and that is with the downward forces of Terms-of-Service violations and massive counterparty risk. We want to change gaming forever by giving players ownership of their in-game assets, allowing them to freely trade them as they see fit.” says Gala Games CEO Eric Schiermeyer.

Currently, Gala Games is working primarily with assets on the Ethereum blockchain, but this presents various inefficiencies due to the costs associated with interacting with the Ethereum network. “We have been talking to a broad number of second-layer solutions which will enhance our user experience because we believe that the best blockchain is one which is invisible to the end user,” says Gala Games CMO Jason Brink. “We want to allow users to choose between a variety of second-layer scaling solutions in a way that makes Gala Games platform-agnostic. For us, it is about the players and we believe the future is multi-chain.”

“In-game assets (the NFT’s) should belong to the owner and only to the owner. This would allow them to be bought and sold, used as collateral for loans or wrapped into any product that can be conceived. We believe that gaming assets are becoming as tangible as any other and can be a new and important way to earn money from enjoying gaming and could form a major new use case for DeFi.” says Hugo Philion, CEO of Flare

“Both Gala and the FLR-IOU underwent initial listings on the Bitrue cryptocurrency exchange, where they were strongly welcomed by the platform’s enthusiast community. Bitrue have expressed delight at seeing the cooperation of these two projects, and eagerly anticipate the future results that their highly sophisticated teams can deliver. They have pledged to continue supporting both of these projects for the future, and will soon create a GALA / XRP trading pair to allow their users to more easily access the Gala ecosystem.” says Curis Wang, CEO of Bitrue.

While both the Gala Games and Flare teams are working on integration, it will likely be some time before minting to the Flare Network is available for Gala Games users.

Gala Games was founded with one goal in mind: to give power back to the gamers. Our mission is to enable freedom through play. To this end, we have embarked on one of the most ambitious development projects to date — the creation of the Gala Games Ecosystem. Founded by Eric Schiermeyer (the co-founder of Zynga and gaming legend), Wright Thurston (one of the first major miners in the cryptocurrency space and holder of multiple patents on blockchain technology), and Michael McCarthy (the Creative Director behind viral gaming hits such as Farmville 2), Gala Games is here to fundamentally redefine both the gaming and blockchain spaces.

More information about Gala Games is available on their website, www.gala.games, and in their Discord at galagames.chat.

The Flare network is the first Turing complete smart contract network to use Federated Byzantine Agreement (FBA) consensus. This allows Flare to have fast inexpensive transactions and unlike other scaling methods does not need to base network safety on value. This allows Flare to scale for arbitrary value without facing capital constraints and importantly allows Flare’s native token, Spark (FLR), to be used for other productive purposes. Flare brings utility to other networks by enabling their tokens to be used on Flare with Ethereum Virtual Machine (EVM) based smart contracts.. XRP, LTC and Dogecoin are currently slated for integration with Flare. Many more tokens can potentially be added. As a Ethereum Virtual Machine (EVM)-compatible blockchain solution, Flare can dramatically lower the costs associated with NFT minting and transactions whilst opening up previously unavailable communities.

Find out more about Flare at www.flare.xyz

Launched in July 2018, Bitrue is a diversified financial services platform with support for trading, loans, and investments. Bitrue aims to utilize blockchain technology to bring financial opportunities to everybody regardless of their location or financial position. They have offices worldwide and continue to develop new features at a rapid speed to fully service the new wave of the digital economy.

There is a LOT more coming for the Gala Games Ecosystem, so make sure to keep in touch, watch the Discord (http://galagames.chat) and get ready for more interesting news! Follow Gala Games on Twitter, Facebook, Instagram or in our Discord! 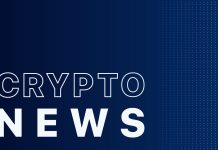 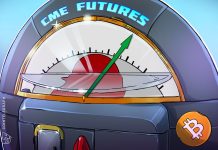 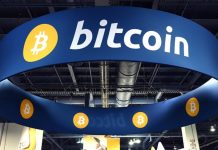 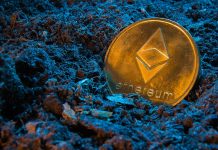