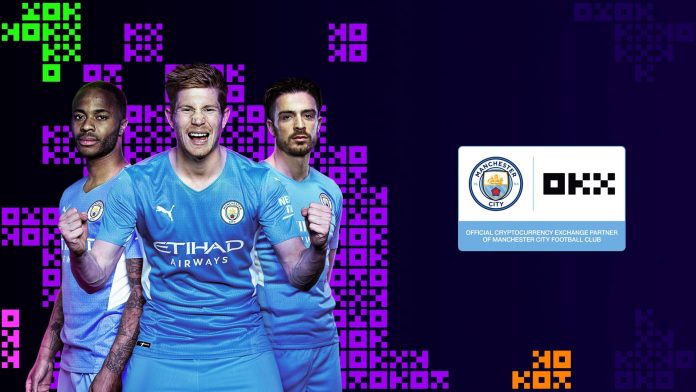 Manchester City, the incumbent Premier League Champions have tapped OKX as the club’s official cryptocurrency exchange partner in a multi-year deal that will tie the duo. While the joint announcement from the two organizations did not give any financial details of the partnership, the deal is notably mutually beneficial with both committed to continued innovation, talent development, and technology advancements.

“We are pleased to welcome OKX as an Official Partner of Manchester City today as they look to venture into the world of sports,” said Roel De Vries, Chief Operating Officer, City Football Group, “The new partnership aligns our shared values of innovation, drive for success, and being at the cutting edge of our respective industries. Their broad and inclusive approach to targeting diverse audiences resonates with our approach. We look forward to working together throughout the partnership.”

With the partnership, OKX will have an in-stadium presence across the Etihad Stadium and will also be featured on the club’s academy stadium respectively. In addition to more than 20 million customers that currently patronize the exchange, the Manchester City partnership will open the exchange to a more diverse global audience, one united with a common passion, football.

The exchange will also draw on its technological expertise to help Manchester City create a whole new experience for its fans.

Manchester City has been exploring a lot of initiatives bordering on blockchain capabilities, including tapping into the thrills in the metaverse to create a custom replica of the Etihad stadium. While the football club is in partnership with Sony to bring about this innovation, it is on track to develop new blockchain-focused pathways with OKX via this partnership.

“We are delighted to partner with Manchester City, one of the world’s best-loved and most successful teams. Football and crypto share something important; they are for everyone, they create inclusivity within society. For OKX, Manchester City is a Club that represents the effect football has to make a positive difference in people’s lives, to bring people together around a shared love of the beautiful game. We are entering the Premier League for the first time as City’s official crypto partner to celebrate this community spirit in the world of football because it’s something we both share,” said Jay Hao, CEO of OKX.

Beyond Manchester City, Manchester United is also actively pulling weights in its bid to establish a presence in the metaverse. The club inked a multi-year partnership with Tezos blockchain back in February this year, confirming a trend that is now going mainstream amongst sports clubs.

CoinDCX Has No Immediate Plans For An IPO — Co-founder