There are regular publications on the internet about the fintech startup Revolut. And to me, an entrepreneur from the Baltic states, it is quite disappointing that very few people know about a much more functional and similarly advanced payment system from Lithuania named Paysera (www.paysera.com).

Revolut in its essence is a standard card solution with accounts in IBAN format attached to it. There are plenty of such payment solutions in Europe. However, we must give credit where it is due – the founder of the startup Nikolay Storonsky was capable of organising excellent promotion for his project, attracting global investors to participate in it (for example, in 2018 the company received $ 250 Mil. from DST Global of Yuri Milner) and bring Revolut rapidly to the unicorn company level.

At the same time, having 8 million customers, the company showed a loss in 2018 in the amount of GBP 32.8 million (~EUR 40.3 million). Simultaneously with publishing its disappointing financial indicators of the year 2018 (an interesting coincidence, isn’t it?), on these days Revolut announced its plans for 2019 – to enter 24 new markets and attract 3.5 thousand new employees. Moreover, it plans to additionally attract EUR 500 million of new investment. What a scale!

And now about Paysera. At first sight, the two companies can hardly be compared – Revolut is an internationally famous startup with 8 million customers, whereas Paysera is a local payment system that received a licence from the Central Bank of Lithuania as far back as in 2011, collecting only about 400 000 customers during that period. However, it is not that unambiguous at all.

Paysera, in contrast to Revolut, offers much more ready and tested solutions specifically for businesses. These are e-commerce (the system is a leader in Lithuania regarding the receipt of payments of internet stores and is also successfully operating this way in neighbouring Latvia and Estonia) and currency exchange rates, which are not less attractive than at Revolut and are definitely better than in banks of the Baltic states, where Paysera is mostly operating.

Paysera has correspondent accounts opened in dozens of banks in different countries and it offers extremely beneficial tariffs for international remittances in different currencies (here Paysera is competing with Transferwise, rather than with Revolut).

It also has solutions for the receipt of SMS payments and receipt of payments at physical points, a solution for selling tickets for different events.

It is important to note that Paysera works with cash by appointing agents in different countries (Lithuania, Latvia, Estonia) and allowing its customers to credit their accounts and withdraw money from them.

Revolut does not do it in principle, preferring to stay an internet startup, cutting away dozens of thousands of small entrepreneurs from it who keep working with cash, and to them opening an account at Revolut does not relieve them from the necessity to have a second account just to be able to credit money on their account.

Shortly, Paysera plans to start distributing its own POS terminals – this will further expand the potential audience of business customers of the system. Besides, unlike Revolut, Paysera is actively introducing new payment solutions, which are required by the European Directive PSD2, and it goes about developing new opportunities. This is an opportunity to initiate payments from other banks by using the Paysera tariff and to initiate the receipt of information about the customer’s accounts in other banks. In fact, a revolution is taking place regarding making payments. Soon, any customer of a European bank will be able to keep their funds in reliable and respectable banks, while making payments from any of their accounts with the help of an inexpensive and simple-to-use system, for example, Paysera.

Paysera VS Revolut – What is the crucial difference between these two fintechs?

Paysera is, in fact, a fully-fledged transaction settlement centre, which, not being able to attract deposits and issue loans, focuses on earning from general transactions of its customers, primarily, from the business. By the way, Paysera tariffs on bank remittances in Europe for natural persons are absolutely free, although Sepa payments have a certain cost for each payment, which the system covers by using its own funds for the customers – natural persons. In this way, Paysera is similar to Revolut, but it does not have such a huge number of free customers who generate steady losses for Revolut.

Payment cards for Paysera is merely an additional service provided to its customers and not the main tool like for Revolut. Up to now, PAYSERA has been using the card solution from the authorised partner of VISA – Contis Group (https://www.contis.com) and only now plans to become a direct partner of VISA.

Recently, Paysera activated its advertising activities and started to actively develop its representative offices, which are already operating in Poland, Latvia, Estonia, Lithuania, Bulgaria and Romania, and soon will be opened in Kosovo. It is assumed that local customers will receive support in local languages and they will have separate projects in different countries, with an account of the local specifics.

Opening an account in Paysera, similarly to Revolut, takes place remotely, via the internet. To open an account for a legal entity is even simpler – the system is connected to almost all European registries and, when seeing that a person opening an account is authorised to represent a certain company, an account for it is open practically instantly.

In order to open an account, you need to send a scanned document confirming your legal status for staying in the European Union (for example, your residence permit).

For Revolut it is just the opposite – it is not a self-sufficient payment system at all, with its own soft and solutions, but just a global partner of VISA, which actually provides Revolut with an opportunity to work in 24 countries. However, it is not an independent entering the market of these countries, as Revolut tries to present, but just a standard passport from VISA, allowing one to service Revolut cards in other countries. Otherwise, Revolut would spend years and a great deal of money to receive EMI (Electronic money institution) licences in all these countries, not to mention the fact that securing a normal functioning AML/KYC control in each separate country, following the requirements of the local legislation, is an extremely complicated and absolutely unrealistic issue in this speedy regime of attracting free customers and investors, which is offered by the current business model of Revolut.

Yes, this spring Revolut received a bank licence in Lithuania as well, but meanwhile has not started real operations and there is no comprehensive information about the way Storonsky intends to use this licence. Most probably, it is just a reserve licence in Europe in the event of the no-deal scenario of Brexit, in order not to lose an opportunity to operate having the current licence of the British FCA (Financial Conduct Authority).

And now the most interesting thing:

That is, one customer gave EUR 4.75 of net profit to the system, whereas one customer of Revolut, on the contrary, gave EUR 5 of net loss.

With an account of the global plan of conquering the world, Revolut, certainly, looks more reputable than Paysera. However, the question is – where is the guarantee that by scaling up its customer base Revolut will not be increasing its losses eternally, desperately trying to find the ways of earning money for its investors?

Having introduced a fee for maintaining an account for natural persons, Revolut will automatically stop the influx of new customers and will reduce the number of existing ones. Already now, the valuation of the company is de facto 102 annual revenues!!! (To compare, the valuation of Transferwise is only 10 annual revenues, which is also quite a good and adequate figure.)

Any downfall in the influx of new customers can be critical for Revolut, as now all its development plans are directly related to the attraction of new investments.

Whereas, Paysera has a different issue – its conservative approach to advertising, or rather the practical absence of it, is expressed in such a way that most of our customers find out about the system by word of mouth and up to now, even in the Baltics, not everyone knows about this system, not to mention Old Europe, where the main customers and investors for such type of fintech startups are concentrated. It is revealing that this spring Paysera made an attempt to conduct STO (Security Token Offerings) jointly with the desico.io platform (find more at https://www.desico.io/en/invest/paysera). It was planned to issue just 2.5 million tokens, with the value of EUR 1 each, in order to collect EUR 2.5 million. As a result, STO failed – having collected about EUR 500000 from 450 investors, Paysera returned all investments and closed this project due to some discrepancies with the partner regarding the issue of tokens.

That is, a company with a revenue of EUR 9.6 million and a profit of EUR 1.9 million last year, could not collect just EUR 2.5 million!!!

Compared to the conservative assessment of Transferwise (10 annual revenues), the value of Paysera, with the proceeds of EUR 9.6 million should constitute EUR 96 million, and if we take the assessment of Revolut as 102 annual revenues, it should even be EUR 979 million. Isn’t it another unicorn?

By using the example of these two startups it is very obvious how important the role of a charismatic leader a la Elon Musk is in the current startup industry. Storonsky has succeeded in bringing an absolutely standard product to a completely unreal level. Mass-scale advertising and professional work with investors have allowed one to receive an absolutely exorbitant assessment for Revolut, however, it is unclear where, how and, most importantly, when this startup will start earning money. All expectations of investors to earn money often have a speculative nature. Whereas, Paysera is an example of a very good quality product, and, most importantly, a profitable one, which is obviously undervalued and badly needs professional promotion in order to stay in line with Revolut, Transferwise and N26. On the other hand, the old saying ‘a bird in the hand is worth two in the bush’ might also be apt in this case.

We shall see what happens! 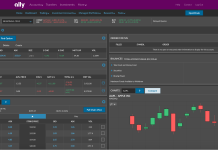