Polkadot price analysis for April 15, 2022, comes on a sluggish note for the token which has seen a price drop of 0.79% in the last 24 hours. Furthermore, the token currently has important support at $18 which has been reclaimed, and now, the bulls aim for higher prices in the near future. On the other hand, as per our Polkadot price analysis for April 14, 2022, the token has reclaimed the 12th position in the market as the $17 price level remains a strong support for the token.

The data from CoinMarketCap shows that the trading volume of Polkadot has dropped by 1.36% in the last 24 hours, followed by a 0.70% drop in the market cap. Meanwhile, the Volume / Market Cap has a value of 0.03556, while the Market Dominance of the token rests at 0.96%.

Polkadot price analysis for April 15 on the daily chart

Polkadot price analysis for April 15 will take into account the data from the daily chart below which has a few of the major indicators integrated into it.

The RSI indicator shows a reading below 42 which means that overall the bears are in charge of the price action and the gradient of the line hints that lower prices will follow.

The price action for Polkadot has dropped to the lower end of the Bollinger Bands and a bearish breakout might be witnessed.

Polkadot price analysis for April 15, 2022, ends on a bearish note for the token as chances of losing $18 remain high. 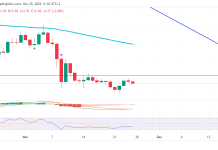 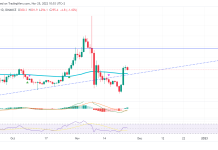 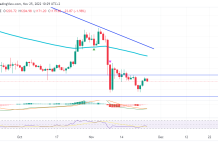 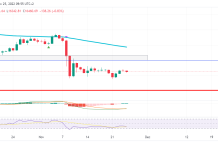 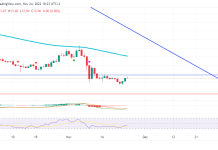 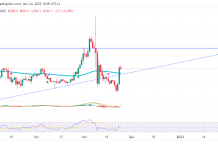 Solana drops more than 5% after bulls fail to consolidate above...