Polkadot price analysis for April 8, 2022, confirms that the token has turned slightly bullish with a 2% price surge in the last 24 hours. It is important to note that as per DOT price analysis for April 7, 2022, the chances of the token remaining bullish in the coming days remain high. Furthermore, the token has held strong support at the $20 price level, while the nearest resistance for the token can be witnessed around the $22 price region. It can be seen that DOT is currently 50% low than the all-time high.

The data from CoinMarketCap shows that the trading volume of Polkadot has dropped by 37.56% in the last 24 hours, followed by a 2.82% surge in the market cap. Meanwhile, the Volume / Market Cap has a value of 0.03504, while the Market Dominance of the token remains at 1.00%.

Polkadot price analysis for April 8 on the daily chart

Polkadot price analysis for April 8 will take into account the data from the chart below with readings from 3 of the major indicators on the chart below.

The RSI indicator reads a value above 49, which confirms that the bulls are fading away and bears have taken hold of the price action.

The MACD indicator shows that the MACD line and the signal line are close to each other as we witnessed a bearish divergence which caused a sell-off for the Polkadot token.

The price action has also dropped to the lower end of the Bollinger Bands, which confirms a surge in selling pressure for the DOT token.

Polkadot price analysis for April 8, 2022, ends on a bullish note for the token as chances of losing $20 seem low but considerable. 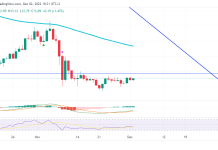 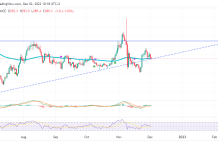 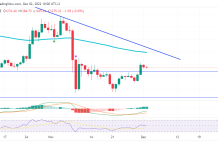 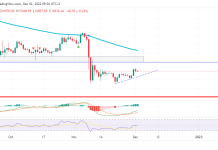 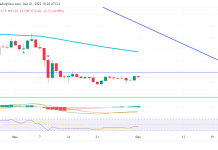 Cybersecurity Firm CyVers Secures $8M in Round for Web3.0

LUNA below $50: Is Terra doomed to fall more?