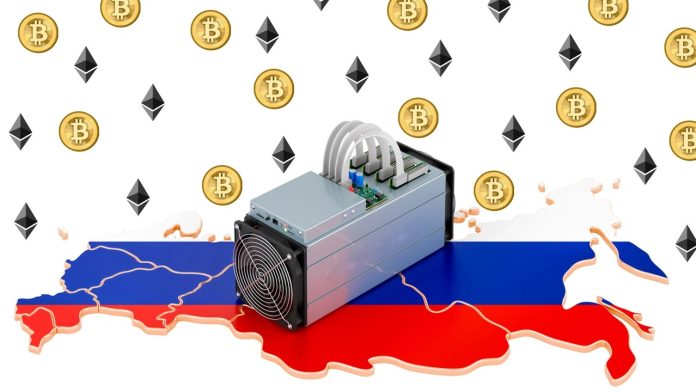 The Russian Ministry of Economic Development and other state departments are planning to agree to the legalization of Bitcoin (BTC) mining.

The announcement to follow through with this decision was made at a crypto summit that was held in Moscow. Although this consideration is only for locations where there is an abundant amount of electricity.

Together, the agencies plan to create a group that will look into effective and efficient standards for operating the crypto mining sector, especially within the confines of energy-efficient mining.

Eventually, the Russian government believes that these standards will help developers and owners of data centers in making available optimum hardware uptime to investors.

With these set standards, the mining equipment will be made to run for a longer period under optimal load while delivering maximum profitability. According to the plan, the regulatory standard will be released in February 2023.

Decided from deliberations, the standards will be designed by the Russian Association of Cryptoeconomics, Artificial Intelligence, and Blockchain (RACIB) in conjunction with the Russian crypto industry and other associated industries.

The crypto players are taking into consideration the amount of energy expended during crypto mining, and how it affects the environment. Factors such as humidity, season, area, and the specific place where a cryptocurrency mining unit is situated are of utmost importance.

Hence, any standard which will be derived for crypto mining operations in any location must first take cognizance of these factors and provide a means of mitigating their effects.

Previously, when the thought of legalizing crypto mining in Russia was first published, it also considered levying tax on mining operations as well as creating a limit on electricity use in such areas (with abundant electricity).

The Central Bank of Russia at one time proposed a ban on crypto mining activities and many other crypto-related operations. Even though, this was mainly because there were rumors of Russians evading sanctions during the conflict with Ukraine through the use of cryptocurrencies