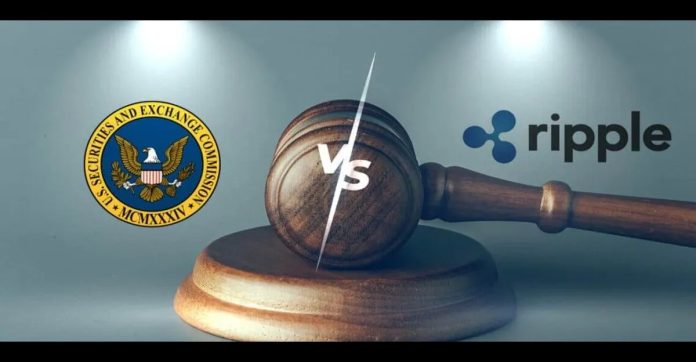 The United States Securities and Exchange Commission (SEC) together with blockchain payments firm, Ripple Labs has asked for a summary judgment over the lawsuit about the violation of securities laws as it concerns the XRP coin.

In their argument, the judge presiding over the lawsuit Analisa Torres has enough information to decide on a ruling and not make the case so lengthy. Therefore, they are calling for either a ruling or a dismissal of the case on the premise that it has taken a lot of time already.

This lawsuit has been lingering for almost two years now. Initially, the security regulator filed a lawsuit against Ripple Labs, its CEO Brad Garlinghouse and Chairman Chris Larsen in December 2020.

The SEC suggested that Ripple Labs was involved in the sales of XRP as an unregistered security. Precisely, Ripple had generated about $1.3 billion from this sales.

The Howey Test For XRP Cryptocurrency

Instead, Ripple Labs declared that both XRP sales and trading does not meet up with the principles of the Howey test, the same test Gary Gensler, Chairman of the SEC wants Ethereum (ETH) to undergo following the Merge.

The Howey test is an examination done by the court to ascertain if a digital asset has the character of any product that meets the definition of security. Basically, this is judged under Federal securities law.

Also, the Howey test checks to know if the digital asset is serving as a source of profit to third parties.

On this, Ripple has told the SEC that there was no such agreement between the company and the XRP investors as regards a common enterprise. The regulator originally said that the investors were cajoled to purchase the digital asset with the promise that its value will spike in the near future.

Since the inception of the initial lawsuit, both entities have filed several motions which don’t even directly tackle the issue of XRP violation of the securities laws.