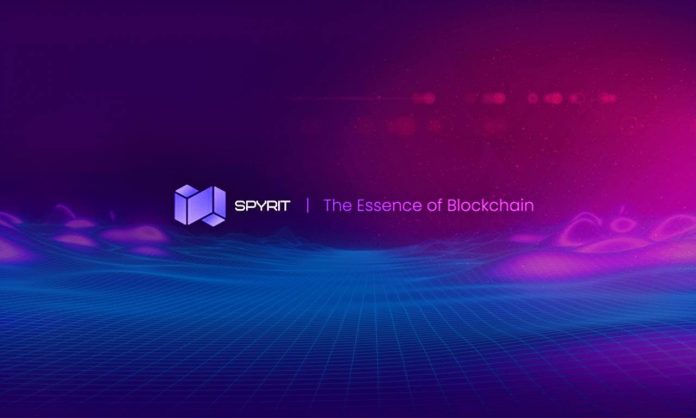 Nowadays, everyone would agree that blockchain technology has become exceedingly popular and is not going away anytime soon. As such, it is important to invest in those blockchain-based projects and initiatives which show real promise and have long-term potential, both of which can be found in SPYRIT.

SPYRIT may be thought of as the essence of blockchain technology. The protocols it uses are based on decentralized finance (DeFi) principles, and is an entirely new ecosystem based on Polygon (MATIC). Spyrit has therefore begun work on the Spyrit Realm, which shall serve as the primary metaverse as well as a home for utilities. The official metaverse game, decentralized financial hub, DEX, NFT marketplace, and numerous additional features are all scheduled to be made readily available before long. Finally, the Spyrit ecosystem will be supported by a whole new Layer 1 blockchain as well, so there is definitely a lot to look forward to.

Moreover, due to Polygon’s development features and remedies for network incompatibility, SPYRIT had selected it for the purposes of initial construction and development. Polygon is a full-fledged multi-chain system that combines the best of independent blockchains with that of Ethereum (ETH).

Polygon addresses blockchain’s flaws, such as expensive gas prices and poor performance, without losing security. This multi-chain system is similar to others such as Polkadot (DOT), Cosmos (ATOM), Avalanche (AVAX), and so on.

Of course, when it comes to investing in any project within this industry, it is important to understand the key fundamentals. Before doing that, it is worth mentioning that the presale is already open, with the official launch date planned for February 2nd, 2022. To take part in the presale, simply go to the Spyrit App, link your wallet, and exchange MATIC for SPYRIT tokens. The private sale is already complete and was quite successful.

SpyritCoin is essentially a deflationary utility token created on the Polygon network using two economic protocols, namely recurring tax back to investors and liquidity acquisition. All liquidity will also be locked. Furthermore, the token’s usefulness shall be employed within the platform established around SPYRIT. Users may trade with rapid transaction speeds, high yield farming, auto compound staking, and consistent NFT staking thanks to the platform’s protocols.

Regarding tokenomics, the official ticker is SPYRIT, the supply is 5 billion, 5% will be for automatic liquidity and another 5% will be for dividends, there is a 10% transaction tax, and the network is Polygon as aforementioned.

The initiative’s goal is to create a network for the most significant characteristics of blockchain development. Its basis is thus predicated on groundbreaking DeFi concepts and includes total transparency. It shall hence primarily concentrate on DeFi, a metaverse game, dApp (Layer 3) DEX, minting and staking NFTs, the Bridge Protocol (Layer 2), the Spyrit Chain (Layer 1) Network, and Spyrit Realm.

Is SPYRIT worth it after all?

Ultimately, SPYRIT is worth investing in mainly because the company’s brand has a true purpose. Previous accomplishments involve establishing a team and community, creating a working dApp, and starting phases of game design and production. Future plans include the release of an NFT collection for early access to Spyrit Realm, further design and development for Spyrit Realm, and the development of the Polygon Bridge Protocol (Layer 2).

Stand Against War To Get Advisory From Evan Luthra: NFTs Towards A Greater Good

Bitcoin Fork and the AltCoins that Made Them So Important