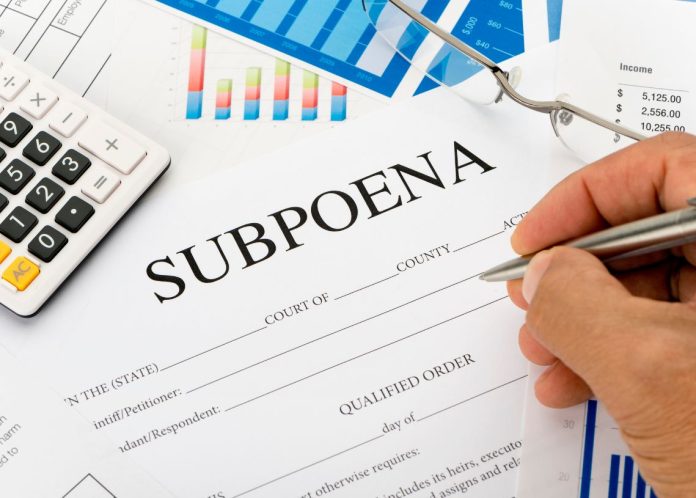 Three Arrows Capital (3AC) was a crypto hedge fund based in Singapore that went bankrupt earlier this year. The judge in charge of the federal bankruptcy case has authorized subpoenas to be issued to the fund’s founders.

In response to the subpoenas, 3AC co-founders Su Zhu and Kyle Davies were compelled to produce information “including books, documents, records, and papers, relating to the Debtor’s property or financial affairs.”

Zhu, Davies, and the other identified persons have two weeks to submit the necessary documents and information. This includes Kelly Kaili Chen, who is married to Davies and co-owns firms associated with 3AC, and executive Mark James Dubois.

Private keys, seed phrases, and all other ways of accessing or controlling fiat and digital assets are required to be produced by Zhu, Davies, and the other people identified in the subpoena.

The hedge fund has filed for Chapter 15 bankruptcy protection in the Bankruptcy Court for the Southern District of New York and in the British Virgin Islands, where it was initially incorporated in May 2021.

It is clear from the subpoenas that the judge does not believe sufficient information is available, but creditors have already begun seizing control of some assets for liquidation. In June, Voyager Digital announced it has served a default notice to Three Arrows Capital as it is unable to pay its debts.

Meanwhile, in July of this year, Su Zhu, one of the billionaires behind troubled investment firm Three Arrows Capital (3AC), listed one of his lavish estates for sale. Zhu’s residence was listed for S$48.8 million (about $35 million) and was considered a “good-class bungalow,” the Singaporean term for a mansion.

Government of India and RBI on Board with the new proposed...