Switzerland, one of the most beautiful destinations around the world, has decided to adopt crypto trading as well as cryptocurrency payments. The nation’s government decided to introduce legal infrastructure concerning cryptocurrencies.

According to the officials, the blockchain industry is an untamed animal that needs to be brought under control by imposing regulatory authority. The year 2021 saw the evolution of crypto laws and financial infrastructure introduced in Switzerland. In the course of around 24 months, we have seen plenty of crypto-related development in the nation.

Switzerland now has its own crypto banks, stock exchanges, and even assets. The government and monetary authorities are to develop and strengthen the infrastructure of policies related to crypto. This would remove the volatility and scams prevalent in the market.

Katie Richards, the Head of Crypto at the Falcon Pvt Bank mentioned in her statement,

“The market has matured, the legal framework is there, licenses are being handed out, a pipeline of new financial products are being created.”

She pointed out that Switzerland is always open to market changes and keeps its progressive stance on cryptocurrencies. Currently, we can see that there are many nations like China that have continued their harsh stance on cryptocurrencies. While the majority of countries like India are still figuring out how to deal with digital assets, El Salvador has already made BTC a legal tender.

Regulations are a necessity

Countries like Switzerland have proven that crypto regulations are actually a way to separate the negative elements present in the industry from the harmful manipulations. This includes IPO scams, money laundering, and phishing attacks.

With the massive explosion of cryptocurrencies that we have experienced, various nations continue to maintain their negative stance on these digital currencies. Amir Taaki, the man behind the DarkFi project, stated,

“Governments are waging war against cash, society, and the economy. China is becoming a role model for Western states. Switzerland is the last safe haven.” 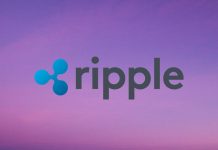 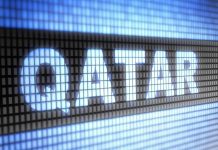 Bank of Israel asks public opinion for CBDC, gets a positive...