Institutional capital has opened for cryptocurrencies. The mega whales are in. However, they are most interested in the Top-20 or even Top-10 digital coins. Meanwhile, the crypto space is buzzing with hundreds of smaller projects and coins that have potential but fly far below the institutional radar at Uniswap.

And extremely high transaction costs (known as gas fees) are forcing smaller coins to fight for their existence and keeping them out of the spotlight, far away from big investments.

The majority of decentralized finance (DeFi) projects are built on the Ethereum blockchain. Actually, 95% of Ethereum’s transaction volume in the past year was generated by DeFi projects.

Ethereum struggles with a fundamental scalability problem that also becomes a huge issue for the number of dApps built on it. The Ethereum chain can process up to 15 transactions per second at full capacity. In volatile markets, when transaction numbers increase, the network gets highly congested, resulting in increased transaction costs (gas fees).

Last month alone, users had to pay a record of over $38 to move assets on Ethereum’s blockchain. Such expenses make multiple DeFi projects less attractive to institutional investors and totally out of reach for retailers.

Ethereum plans a major upgrade EIP-1559 this July. Still, until that happens, the DeFi industry is on its way to devising its own solutions for decreasing transaction costs.

Uniswap, the largest decentralized exchange (DEX), plans to launch its upgraded version 3 later this year. The industry’s key DEX currently boasts a total locked value of over $3.5 billion on version 2 but is suffering from fees and slippage numbers far higher than most users want.

As Uniswap’s founder Hayden Adams hinted on Twitter, the new V3 protocol should be released in 2021 and will help solve slippage and capital efficiency issues.

There still is no official data about the upgrade. However, the industry expects V3 to improve slippage and capital efficiency significantly, which could be achieved by integrating the Layer 2 scaling solution. Although Uniswap’s full upgrade plans have not yet been detailed publicly, the move could spark many of the Ethereum-based dApps to look for new and scalable environments with higher potential and lower gas fees.

Accordingly, the industry expects Uniswap to include several new liquidity mining pools in its new protocol. This could help increase the UNI token rewards for Uniswap users and provide the platform with higher liquidity.

Layer 2 scaling for Ethereum will no doubt be the biggest change to Uniswap. At the moment, carrying out token swaps on the DEX in its native form is painful for all but the whales, with average gas prices hovering around $11, according to bitinfocharts.com.

The specific L2 technology used is still subject to rumor, but it is likely to be zk-Rollups, which will take much of the work off the root chain, thus leading to faster and cheaper transactions. There are a number of existing options for this L2 solution, such as Optimism, which is currently being tested on DeFi protocol Synthetix. Plasma is another L2 option and that is being used on the OMG Network.

Nothing entices liquidity better than high yielding pools, and it is likely that Uniswap will include a couple of new ones with the launch of v3. This will have a twofold effect of rewarding UNI token holders and increasing liquidity on the platform.

When Uniswap launched with its four UNI farming ETH pools in September, liquidity surged to $3 billion. It has currently returned to those levels, according to Defipulse, after losing most of it, so it stands to reason that Uniswap will want to retain this collateral lockup rather than have it go to rival SushiSwap. New UNI farming pools would be the natural solution.

To garner greater overall adoption, platforms need to make it easier for end-users. At the moment, Uniswap is a little clunky to use with wallets needing to connect, transactions needing extra confirmations, and gas price and slippage tolerance adjustments.

A vastly improved user interface and experience will automate a lot of these things, making it easier for the end-user that isn’t technically minded. A native Uniswap wallet may also be on the cards to alleviate the need to link to third party ones.

A lot of this is just speculation at the moment, but Uniswap does need to step up in order to keep its position as the most popular DEX, so v3 definitely needs to live up to the hype.

According to a comment posted on Twitter by Uniswap CEO Hayden Adams, there is no official launch date for the Uniswap V3 protocol. However, based on the Uniswap dev team’s Twitter posts and clues on the web, we can expect the third generation in 2021. Together with the Experty members who are following the Uniswap actions, we have tried to establish at least a time frame. Also, I’ve asked about opinions related to the impact of the UNI token’s utility on its price and competition, which may change the balance on the market of decentralized exchanges.

Most believe that the Uniswap V3 protocol will appear between Q2 and Q3 2021. However, in the UNI token utility-price ratio, opinions are very divided. Therefore I encourage you to read the personal insights of Experty members.

Due to the open-source nature of Uniswap, various developers can use its code and create their own decentralized exchanges. Many of these new DEXes are Uniswap’s forks and already run scaling protocols on various blockchains.

Smaller DEXes, like QuickSwap, Swop.fi or NewDex, use Layer 2 scaling systems and can provide faster and cheaper transactions. They are just a few of the dozens of platforms enabling trades of multiple cryptocurrencies by moving the load off of the expensive and congested Ethereum chain.

As the recent boom of institutional capital demonstrates, Wall Street giants are increasingly drawn to the smell of digital assets. The DeFi industry increased the total value of the crypto market by more than 40x within the past year, and part of that growth certainly came from institutional investors.

Mega whales come with massive amounts of client dollars and are much more calculating and cautious than retail investors. However, they are here to profit. The more various DeFi protocols can catch the eye of these whales, the more investments they will attract, and the healthier and more prosperous the whole industry may become.

It seems that everyone is waiting for the V3 version because of high transaction fees, and the next generation of Uniswap protocol based on Layer 2 should solve this problem. Most believe that the price is not firmly related to utility but to the popularity of the platform itself, and Uniswap is undoubtedly the number one as Decentralized Exchange. However, we should consider that the competition is not sleeping, so without additional utility for the token (apart from governance), it can quickly disturb the balance on the market. 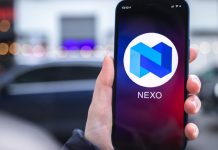 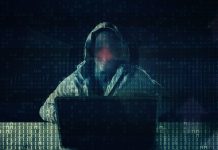 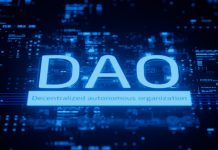 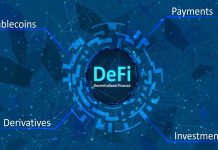 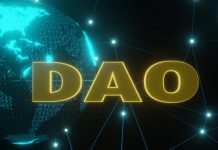 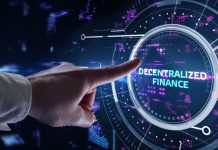 Maker MKR and ($DAI): Review How does it bring stability to...