The United States and South Korean regulators have decided to collaborate in the compilation of data for handling Terra cases. The Yonhap News Agency, a South Korean newswire reported the meeting which took place between Han Dong Hoon, Andrea M. Griswold, and Scott Hartman.

Presently, the discussions are targeted toward tackling and alleviating the financial crimes committed in the crypto space. The officials of Korea and the US debated procedures to bolster partnership and exchange of information between the countries. Eventually, they agreed to exchange all data derived from their investigations of crypto crime and financial frauds.

Interestingly, the high-profile cases involving the collapse of TerraUSD and LUNA will not be left out. The prosecutors from South Korea are focused on gathering information on fraud cases concerned with TerraUSD and LUNA. The US regulators are more concerned with investigating Do Kwon. Griswold and Hartman seek to ascertain if the marketing of TerraUSD violated some regulations before its crash.

Do Kwon of Terra Under South Korea Radar

Do Kwon is the co-founder and CEO of Terraform Labs and has been in the news for a while now. Kwon made some bold claims about Terra and LUNA prior to its collapse. He believed Terra would rise again after the downturn that it experienced a few weeks ago. LUNA is not any different, as it had a bearish fall of more than 99% that plunged holders into a massive loss.

His claims led to a lawsuit which was filed by the affected South Koreans tagged Terra Luna Coin Victims.

South Korea is really in a hot chase of Do Kwon and his Terraform Lab. The tax agency of the country, the National Tax Service, accused Terra of evading corporate and income tax. With proof, the offense is worth about $78 million. The heat keeps getting hotter for the crypto firm, and the collaboration between the US and South Korea may usher in more intel across the board. 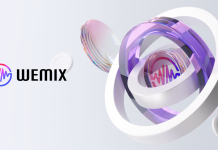 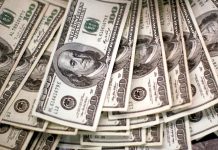