Changelly is an instant swap centralized digital currency trading platform. The Changelly platform as well as its Pro version are trusted by many around the world for the trading of some of the world’s most traded digital currencies including Bitcoin (BTC), Ethereum (ETH), and Bitcoin Satoshi Vision (BSV), and Polkadot (DOT) amongst others.

Changelly is a very welcoming trading platform and one that is ideal for both old and new digital currencies to list. While the listing process is notably straightforward, consulting the token listing service from TheCoinRise can significantly make the process easier, cheaper and faster.

Exchanges have a code of conduct that may or may not be similar, and each try to be as unique as possible. This means token developers that have listed on one exchange may not necessarily find it smooth to list on another. However, with TheCoinRise, we can help juxtapose the varying uniqueness, and help the client send in the winning application.

TheCoinRise is arguably the first mainstream crypto news platform that will be offering this token listing service, and as such, it is setting the standard for the offering.

Benefits of Token Listing on Changelly Through TheCoinRise

While we are confident that this listing fee will be about a double percentage lower than going to list directly, we are also confident that despite the difficulty that many have faced when attempting to list on Changelly, we can get the listing done in record time. Our projection is between 5 to 10 days.

As a media house building a digital news library in the Web3.0 ecosystem, we understand what meeting deadlines mean to an upcoming project.

Rather than focus on meeting the demands from exchanges through a series of correspondences (in some cases), project owners can rather hand over the listing exercise to an expert with a track record of success while they can focus on other deliverables on their roadmap.

While projects stand to benefit from the reduced cost and lower listing fees, an extra benefit that is also received is publicity. There is no point in going through the stress of creating a protocol that solves a unique problem in the Web3.0 ecosystem, getting it listed on a major exchange like Changelly, and there aren’t enough users or traders of the coin.

TheCoinRise has envisaged such a scenario and has added a publicity push into the listing service at no extra cost. With this push, we would get the token featured on the front page of the trading platform upon listing, while also promoting the coin or token on our website with millions of monthly views.

The extra value that project developers that patronize us stand to gain includes connection to the exchange’s core team, and post listing advisory service amongst others.

TheCoinRise understands the power of collaboration and is thus committed to expanding its benefits to upcoming projects as well as established ones that may need a boost to give their projects the visibility they need in our ever-evolving world. 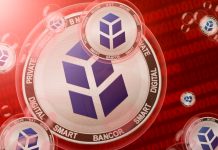 Want to be Listed on Bancor? TheCoinRise Offers the Best Token Listing Pathway 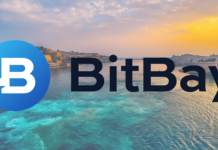 Want to be Listed on BitBay? TheCoinRise Provides the Best for the Token Listing Service Want to be listed on DigiFinex? TheCoinRise Offers a Better Option Want to be listed on HotBit? TheCoinRise is the Best Channel for You

Want to be listed on Bitrue? Let TheCoinRise Be Your Guide