Home PRESS RELEASE What to lay out in a bear market? Sharing my recent bullishness...

Since the first half of last year, the concept of metaverse has been on fire, Roblox, the “first stock of metaverse,” listed on the New York Stock Exchange. Then Facebook renamed Meta to show its determination to fully deploy a comprehensive metaverse and even led a wave of metaverse-related currencies.

But one year later, and the meta-universe faces the dilemma of thunder but little rain, and the development speed is slow. For example, Meta has frequently been rumored to lose confidence among internal staff after Meta changed its name, and employees do not know what work to do and what progress to deliver. With no products emerging and no investment in any other meta-universe companies, Meta is now internally propagating its vision of popularizing the Metaverse in an attempt to alleviate internal disorder and anxiety.

If this is the case with giants, other metaverse companies and developers may be in even worse conditions.Let’s analyze the reasons behind today.

The metaverse should not be a simple technological change but a collection of AI, big data, 5G, blockchain, cloud computing, and virtual reality technologies such as VR and AR.

I don’t know much about other technical fields, so it’s hard to express opinions, but from the perspective of our blockchain industry, the biggest difference between the Metaverse and those video games on the market is that the assets in the virtual world need to be connected with reality, that is, the user is in the Assets in the metaverse belong to users, not game developers, and all virtual assets held by users in the metaverse need to run on a blockchain that cannot be tampered with.

For a public company like Meta, I think technology is not the most brutal breakthrough, but rather the market and the law will monitor every decision. For example, the protection of users’ virtual assets and the issuance of cryptocurrency within the meta-universe are subject to regulatory challenges and provoke market disagreements, so it is not hard to understand that development is constrained.

Smaller developers do not have enough technical reserves if large companies face more social and legal issues. A small development team trying to build a meta-universe and how to deploy data on the chain are problems.

The mainstream blockchain is still difficult to carry the efficiency and security needed for a mature meta-universe.

We can imagine how bad the experience will be when the metaverse is deployed on the Ethereum chain. The user’s asset interaction takes a few minutes to be confirmed on the chain and requires even a few hundred dollars of gas.

Build your side chain and can not guarantee enough security; for example, Axis built Ronin was hacked, the massive chain amount of assets stolen, so far did not recover the vitality.

Other public chains also have various problems; SBF backs Solona as a significant gold master, but it collapses several times a year, and its stability is worrying; Polkadot and Cosmos also develop lukewarmly after the heat and gradually move closer to EVM, Cardano, EOS and other old chains are not to mention, and Dfinity with its ambitious narrative is chopped to the bottom of the foot. It is called good but not good.

After my research and judgment on the characteristics of several public chains and the understanding of ecological development, I think Vision Network may be expected to become the infrastructure of the future meta-universe.

Vision Network is the first metaverse blockchain infrastructure provider focused on linking virtual and real spaces and game engine aggregation. A lot can be done based on Vision Network, including a public chain with a balance of performance, security and scalability, token asset issuance, DAPP deployment, and operation.

Vision also has several supporting tools, such as the Vtimes wallet, which supports Vision assets such as VS, VRC-10, VRC-721, and VRC1155, and supports local storage of private keys, physical isolation, and multi-layer algorithmic encryption to secure users’ assets.

Visionscan is the first Vision-based blockchain browser that users can use to easily find, confirm and verify transactions on the vnetvision blockchain.

In addition, Visionscan not only contains some essential functions of a blockchain browser, such as searching and querying transactions, accounts, blocks, nodes, intelligent contracts, on-chain data statistics, and queries, but also directly supports Token creation, contract deployment, voting, and other functions.

VanSwap is the first decentralized exchange of Vision network, allowing users to realize instant interaction between any VRC20 passes, with system pricing and easy operation; users can also become liquidity providers to get fees, and the agreement does not take any fees.

But these features are not the focus of my talk, nor are they the key reasons I am most optimistic about Vision.

I am most optimistic about Vision’s project positioning, linking virtual and real space and game engine aggregation, and being developer-friendly.

Many public chains that we know well and have been developing rapidly in the past year support EVM compatibility. The purpose is to take over the value spillover from the Ethereum ecosystem and facilitate rapid deployment by developers. For example, platform chain BSC, Layer 2 track Polygon, Pocha’s Moonbeam, Cosmos’ EVMOS, etc. Vision’s EVM compatibility means that Vision is on the same starting line as other mainstream public chains regarding ease of development and deployment.

Vision Virtual Machine (VVM) is based on Ether Solidity language, compatible with EVM of Ether, and made its innovation, eliminating the concept of Gas to introduce entropy and light quanta; users can get light quanta and entropy through the method of daily acquisition and pledge VS tokens to pay for the cost of interaction in Vision, without paying for Gas in the traditional sense, which significantly reduces the cost of on-chain usage for users.

Its launch of Creator is a free and open-source metaverse game development kit. It features an easy-to-use content creation workflow and robust development tools for implementing game logic and high-performance game effects. Vision’s Engine enables small development teams to have the ability to develop products comparable to those of large enterprises, bridging the technical and aesthetic gaps of small blockchain-native groups.

This is what impresses me most about Vision. Nowadays, all public chains emphasize their performance and security features, but few are empowered from the developer’s perspective; maybe many public chain projects don’t expect to attract developers at all but pack stories to boost their coin prices.

Next, I’ll discuss my opinion and investment advice on Vision eco-token VS.

I have bought LUNA, SOL, AVAX, and other public chain tokens in the past 20 years, but the pattern was not big enough. I thought that only Ether could survive in the end, plus the public chain launched by the centralized exchange, so I sold out early and missed the 100 times increase in the next two years.

And compared to the application project tokens, VS such public chain tokens have a significant upside and are relatively firm; after all, the strength of such development teams will not be poor, unlike some project coins are storytelling to sell air (Terra thunderstorm such events are, after all, very few).

From the price point of view, VS from the high point in March to now fell about 40%, bitcoin from March to now fell 40%, most other projects have fallen 70-90%, VS price is relatively firm. And VS has been online for a relatively short time; the chip exchange rate is not yet high, and profit-taking disc selling pressure is not significant. And most users choose to pledge VS to gain income, so there will not be too many chips to smash the market.

Recently, the global and crypto markets have been hit hard, the industry is in the painful stage of the bubble bursting, and the market sentiment is highly panicked. However, every time the industry takes a turn, both crisis and opportunity follow. As the most likely successful metaverse infrastructure service provider in the future, the value of VS speaks for itself.

I am bullish on Vision because of the solid public chain, perfect application tools, and support for developers. Not much selling pressure and reasonable chip allocation are my reasons for participating in VS.

Fighting the market and my fears, fixing VS is the better way to go.

After the big cold is spring, waiting for the general market to rebound, along with the advancement of the meta-universe and the development of Vision ecology, VS has a vast imagination; maybe in the next round of bull market, it will be the brightest boy in the market. 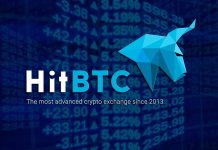 The Perks of Using Trading Bots in Different Market Conditions 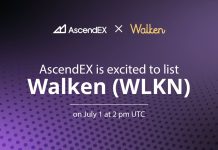 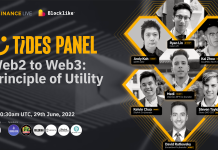 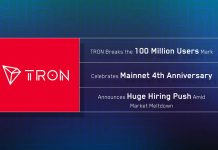 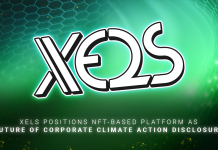 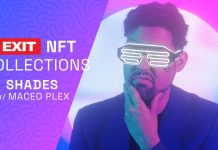 Coinrule to Launch The Next Big Thing After Flash Loans: Steroid...